Oh My God: Vox Thinks You Can Add This To An AR-15 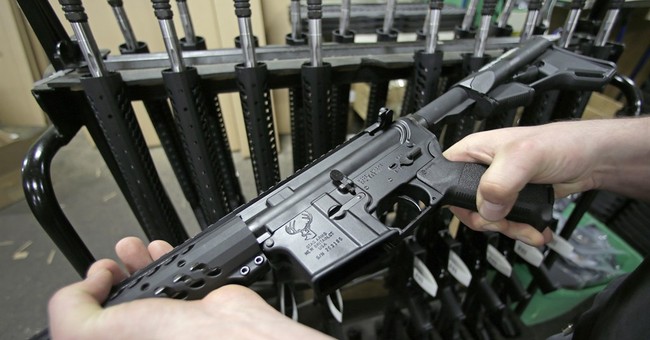 Thanks to our friends at Twitchy, we now know that some in the Vox office think you can customize your AR-15 with what looks like a M203 grenade launcher. Civilians cannot own military grade grenades under ATF regulations, so the Vox graphic is ridiculous.

To be fair, they did note that the more Congress tries to ban this rifle, sales go through the roof. With increased ownership, the harder it is to make such a ban effective. And given that long guns are rarely used in violent crimes, it makes the case for its ban virtually dead on arrival in Congress. Also, Barack Obama serving as president made this rifle all the more popular with Americans.

Still, this obsession that the AR-15 is the harbinger for evil continues to fester within media circles.

Vox also posted an article from Jon Stokes, co-founder Ars Technica and former Wired editor, on why he (and millions of other Americans) own AR-15 rifles. It’s a good read. Bob Owens at our sister site Bearing Arms also wrote how the AR-15 is the firearm of choice for the defense of his family, which is why he will never give it up.

Only vox would be stupid enough to suggest an M203 grenade launcher is civilian legal (hint, it's in no way legal) https://t.co/I5ubFr1rMI

UPDATE: INJO has more on the matter, pointing out that it's probably a 37mm launcher which is legal under certain conditions. Also, the anti-gun Left and Senate Democrats are harping about firearms that are not regulated under the National Firearms Act. The AR-15 is readily available, which they view as a problem.

There’s just one problem — Vox obtained the above graphic from the Law Center to Prevent Gun Violence, an anti-gun group, which identified a 37mm launcher as a “grenade launcher.”

37mm launchers are technically legal when used as a “life safety or signaling device,” shooting a flare and not an anti-personnel, like a baton round.

Furthermore, obtaining a 37mm launcher that would do irreparable damage or kill someone is impossible for non-governmental purchasers.

Simply put, the attachment does not launch “grenades.” Furthermore, grenades are regulated under the National Firearms Act are categorized as “destructive devices,” making it illegal for civilians to buy military-grade grenades in the United States.