End of the Road? Gawker Files For Bankruptcy 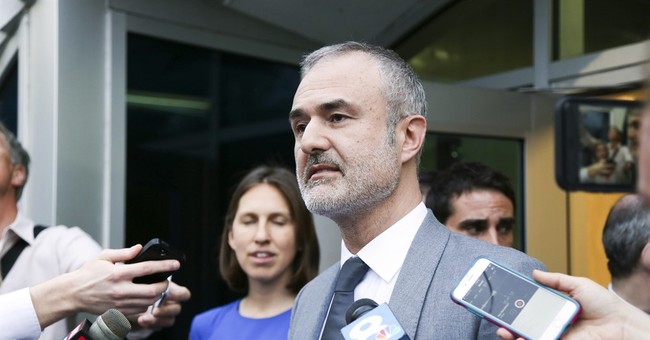 It's official. Gawker has filed for bankruptcy. The media empire was brought to it knees after they released a sex tape featuring former professional wrestler Hulk Hogan (real name Terry Bollea). He filed a lawsuit claiming his privacy was invaded. In March, a Florida jury awarded Hogan whopping $140 million in damages. This Gawker Media to file for bankruptcy (via WSJ):

The sale auction will begin with an opening bid of $100 million from the digital media company and publisher Ziff Davis LLC, according to a person familiar with the matter.

The sale was triggered after the judge overseeing the invasion-of-privacy case brought by Hulk Hogan—whose real name is Terry Bollea—declined to issue a stay pending Gawker’s appeal. That required the company to put up a $50 million bond.

As a result, Gawker Media will declare bankruptcy in order to continue operating and paying its staff.

The sale comes as Gawker has come under intense legal and financial pressure stemming from the case brought by Mr. Bollea. In March, a Florida jury awarded the wrestler $140 million in damages. Gawker is appealing the ruling.

Proceeds from a sale will go into a fund to finance further litigation costs and cover whatever damages may ultimately be leveled following the appeals process, which could take years to resolve. Gawker has said that it expects to ultimately prevail.

I’m sure that not everyone will be sad to see this gossip site go. In 2015, the site became the subject of universal disgust when they posted a nothing-burger of a story showing that the brother of former Treasury Secretary Timothy Geithner has solicited a male escort. Glenn Greenwald of The Intercept had a concise summary of this fiasco.

Gawker published one of the sleaziest and most repugnant articles seen in quite some time from an outlet of its size and stature. The story had no purpose other than to reveal that the male, married-to-a-woman Chief Financial Officer of a magazine company [Condé Nast] – basically an executive accountant – hired a male escort. When the escort discovered the real-life identity of his prospective client – he’s the brother of a former top Obama official – he began blackmailing the CFO by threatening to expose him unless he used his political connections to help the escort in a housing discrimination case he had against a former landlord. Gawker completed the final step of the blackmail plot by publishing the text messages between the two and investigating and confirming the identity of the client, all while protecting the identity of the blackmailing escort. I don’t want to reward them or contribute in any way to this disgrace by linking to it: Google it if you must.

Gawker’s story, written by Jordan Sargent, instantly and almost universally provoked unbridled scorn, and rightfully so. The article’s 1,000+ comments from Gawker’s own readers overwhelmingly expressed disgust, and as The New Republic’s Jeet Heer observed, the “debacle” is “uniting people from all across the political & cultural spectrum . . . in shared revulsion.” One Gawker writer, Adam Weinstein, publicly distanced himself from the sleaze.

The reasons for regarding the story as deeply repugnant are self-evident. The CFO they outed is not a public figure. Even if he were, the revelation has zero public interest: it’s not as though he’s preached against gay rights or any form of sexual behavior. It’s just humiliating someone and trying to destroy his life for fun, for its own sake.

Gawker eventually pulled the article and apologized. At the same time, Slate compiled the best of the worst from the site, which included exploiting Robin Williams’ death, saying that actor James Franco is a rapist, or an alleged one-night stand with former Republican Delaware Senate candidate Christine O’Donnell—all of which no zero to no evidence to back up the claims. So, goodbye, Gawker—you finally got pinned by infuriating Hogan.

UPDATE: Some of you in the comments section noted that tech billionaire Peter Thiel isn’t mentioned. Fair point—so here we go. In May, The New York Times revealed that Thiel, co-founder of PayPal, had bankrolled Hogan’s lawsuit against Gawker Media LLC. He’s spent close to $10 million of his own money in that effort. Gawker outed Thiel in 2007, along with some of his friends being targeted for the gossip site, though he says this isn’t about revenge:

A billionaire Silicon Valley entrepreneur was outed as being gay by a media organization. His friends suffered at the hands of the same gossip site. Nearly a decade later, the entrepreneur secretly financed a lawsuit to try to put the media company out of business.

That is the back story to a legal case that had already grabbed headlines: The wrestler Hulk Hogan sued Gawker Media for invasion of privacy after it published a sex tape, and a Florida jury recently awarded the wrestler, whose real name is Terry Gene Bollea, $140 million.

What the jury — and the public — did not know was that Mr. Bollea had a secret benefactor paying about $10 million for the lawsuit: Peter Thiel, a co-founder of PayPal and one of the earliest investors in Facebook.

A 2007 article published by Gawker’s Valleywag blog was headlined, “Peter Thiel is totally gay, people.” That and a series of articles about his friends and others that he said “ruined people’s lives for no reason” drove Mr. Thiel to mount a clandestine war against Gawker. He funded a team of lawyers to find and help “victims” of the company’s coverage mount cases against Gawker.

“It’s less about revenge and more about specific deterrence,” he said on Wednesday in his first interview since his identity was revealed. “I saw Gawker pioneer a unique and incredibly damaging way of getting attention by bullying people even when there was no connection with the public interest.”

Forbes reported that some sources within Gawker

A judge in Florida declined to overturn the $140 million state court judgment in the Hulk Hogan sex tape case, so the bankruptcy petition stopped the clock, allowing Gawker to focus on selling off its best units, including Gizmodo and Deadspin, to media giant Ziff Davis for $100 million (according to people familiar with the deal). The sale will take place as a bankruptcy auction, theoretically allowing for better bids down the line.

Forestalling payment on the judgment seems to be the purpose of this bankruptcy," said Lynn LoPucki, a bankruptcy expert and law professor at the University of California-Los Angeles. He explained that "a judgment is simply a mature debt," like the thousands of dollars Gawker owes its law firms, Google Inc., and others. And in bankruptcy, payment of those debts is stayed.

The bankruptcy and sale “are intended to preserve the value” of Gawker and fund its appeal in the Hogan case, the company said in a statement. It also provides a way for the company's best brands to be sold in a kind of legal carwash—a court-supervised auction. Ziff Davis is focused on the Gawker brands in the tech, gaming, and lifestyle categories, which contribute the vast majority of Gawker Media’s revenue, according to the person familiar with the purchase.

LoPucki said the bankruptcy case may not protect Gawker's assets forever. Unless the company and Denton win reversal of the Florida verdict, he said, Hogan can always still go after Denton.