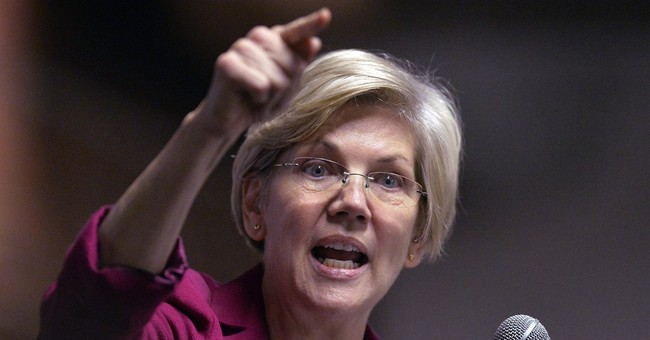 With the primary over and Hillary declared the winner, the stalwart of progressivism in the U.S. Senate, Elizabeth Warren, is ready to endorse Hilary Clinton. The Massachusetts Democrat is said to be uninterested in being the former first lady’s running mate, but didn’t necessarily ruled out being picked (via Reuters)

Senator Elizabeth Warren will soon endorse presumptive Democratic presidential nominee Hillary Clinton and, while not currently interested in serving as her running mate, has not ruled it out, several sources close to Warren told Reuters.

Advisers to Warren, a fiery critic of Wall Street and a popular figure among progressive Democrats, have been in close contact with Clinton's campaign team and the conversations have increased in frequency in recent weeks, the sources said.

An endorsement of Clinton could come within a week or two, one of the sources said. Clinton has been appealing for Democratic Party unity. On Twitter over the weekend, Warren echoed that call and emphasized the importance of the party coming together to beat Trump.

Were she to join the Clinton ticket, she could help energize progressives and win over supporters of Clinton's rival Bernie Sanders, a democratic socialist U.S. senator from Vermont. Sanders' calls for reining in Wall Street and breaking up big banks dovetail with Warren's views.

Clinton needs something to maximize her support with Sanders voters, a significant proportion might break for Trump. While this primary was still going on, 17 percent of Sanders supporters said they would back Trump if it were a duel between the billionaire and Mrs. Clinton. Fifteen percent of the Obama coalition signaled their intention to vote for Trump. It’s early, the party will come back together, but it shows that Clinton needs something the shore up support from a segment of the Democratic base that is still skeptical of her. The email fiasco and her refusal to release the transcripts from the speeches she made to Wall Street banks has only inflamed those feelings of distrust and honesty. Trump’s numbers aren’t much better, but voters think he’s more honest than Clinton by a two-to-one margin.

UPDATE: Via BuzzFeed, former Democratic Pennsylvania Ed Rendell told 1210 WPHT Philadelphia that while he likes Sen. Warren, Clinton probably isn’t going to pick her due to her lack of foreign policy experience. She wants someone who is also ready to be commander-in-chief :

I know Secretary Clinton pretty well. I’m not an insider in the campaign but I know her pretty well. I think she will not pick somebody that she feels in her heart isn’t ready to be president or commander-in-chief and I think Elizabeth Warren is a wonderful, bright, passionate person, but with no experience in foreign affairs and not in any way, shape, or form ready to be commander-in-chief.

Then again, not wanting to offend apparently—the governor called back to clarify:

I didn’t want it to leave it hanging out there about Elizabeth Warren. Elizabeth Warren’s problem would be the same problem I’d have. Let’s assume someone said consider Governor Rendell for vice president. I have no experience militarily, no experience in foreign affairs, and would be a difficult choice because if anything happened in week one and I became president, I would be lost.”

The host jokingly asked if Rendell called back because the Massachusetts senator was listening during his interview.