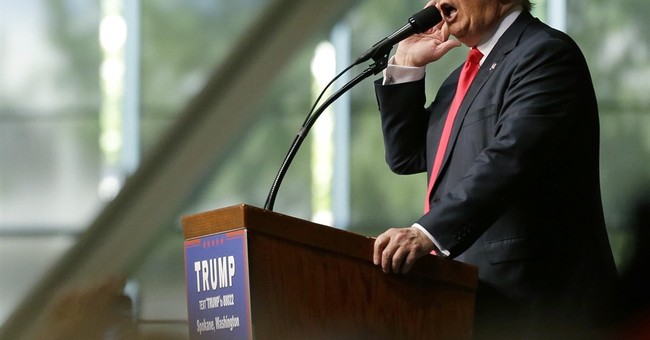 There will be a torrent of stories by The Washington Post about Donald Trump, where they promise that everything will be revealed about the billionaire real estate and hotel magnate. The publication has mobilized an army of reporters on directive by its owner, Jeff Bezos, to uncover all aspects about Trump. In other words, the Post will finish the job that the rest of the GOP field should’ve done during the primary (via Washington Examiner):

The Washington Post has built a sizable army of reporters to dig into every facet of Republican presidential candidate Donald Trump's life, urged on by new owner Jeff Bezos to reveal everything about the potential nominees.

Post Associate Editor Bob Woodward revealed Wednesday that the Post has assigned 20 staffers to Trump. In addition the paper plans a book.

"There's a lot we don't know," he told the National Association of Realtors convention in Washington. "We have 20 people working on Trump, we're going to do a book, we're doing articles about every phase of his life," he added.

Now, Hillary Clinton will also be a target for review. These are presidential candidates; they should expect their lives to be under the microscope. At the same time, shouldn’t Trump’s opponents have done this—the finding the details part and not a member of the liberal news media? Yes. Far too many of Trump’s opponents (including myself) thought he was going to self-implode and didn’t take him seriously. Now, there’s some serious crow to be eaten. In Jeb Bush’s case, they thought the same thing, did not have an adequate opposition research arm, and by the time Trump’s momentum became serious, it was too late. The campaign had to devote cash to other aspects of the operation when they could have uncovered aspects of the billionaire to be used in attack ads months before Trumpmentum became unstoppable.

So, now, we’re going to have The Washington Post uncover all things Hillary and Trump. Some things might be interesting, while others could be bush league. Remember when the publication reported on an alleged incident of high school bullying by Mitt Romney in 2012? At the same time, the newspaper did do a good job picking up the slack for the Rolling Stone when reporter Sabrina Rubin Erdely completely and utterly failed to verify a gang rape allegation that took place at the University of Virginia, which was the subject of her now infamous 9,000-word “A Rape on Campus” piece in 2014. In the end, the story turned out to have serious questions regarding authenticity, if not an outright lie. The Colombia School of Journalism said the music magazine, which commissioned the review, failed miserably at the basics, like contacting “Jackie’s (the pseudonym given to the alleged victim)” friends, or her alleged attacker.

We shall see what happens with this, but Trump has pretty much become the “Teflon Don” regarding media attacks. He knows how to change the story in ways Clinton can only hope for, given that she either avoids the press, which allows things, like possible mishandling of classified information on a private email server, fester for months. That’s the silver lining. Trump will probably know to deflect bad press. He’s already done it.