Study: Clinton’s Agenda Won’t Add That Much To The National Debt…Really? 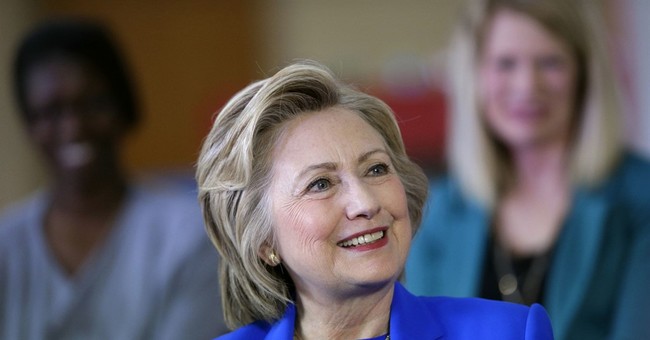 There’s a study from the Committee for A Responsible Federal Budget that analyzed Hillary Clinton’s agenda if she were elected president in November. They found that it wouldn’t significantly increase the national debt over a ten-year period. It would only increase by $1.8 trillion. So, are they trying to say that this a good thing? To make matters worse, they admit that her economic proposals would do nothing to address the $19 trillion debt we already have now (via CFRB) [emphasis mine]:

Using independent estimates from the Congressional Budget Office (CBO), the non-partisan Tax Policy Center (TPC), and others, we estimate that Secretary Clinton’s proposals would cost $1.80 trillion over a decade with interest, and they would be nearly fully paid for with $1.60 trillion of offsets – primarily from taxes on high earners. The $200 billion shortfall from Secretary Clinton’s proposals can be fully explained and would be more than fully covered by the $275 billion of corporate tax revenue that the Clinton campaign has called for but has not yet provided enough detail for us to credit.

I don’t know about you, but that’s not good. The $1.6 trillion government offset figure should be viewed as pie-in-the-sky. We know that CBO figures are often lowballed regarding factoring the costs of government programs. Remember the cost-benefit analysis of the Affordable Care Act? That rosy picture said that it would save us $1 trillion after two decades. As it turns out, and the numbers vary in degrees of awfulness, but the health care overhaul could cost us $2.6 trillion over the next decade. Oh, and let’s not forget that 30 million people are potentially vulnerable to being uninsured. As for taxes, well, we’ll need a $1 trillion injection, which means the middle class needs to be targeted. It’s a disaster.

So, given how studies were way off with Obamacare, I’m raising red flags that Clinton’s trillion dollar venture is going to be virtually paid off with offsets that a Republican House is probably not going to approve. So, the debt figure is probably going to grow, as is our overall debt.

I mean, let’s get real here. She has a $1 trillion agenda that she will pay for with a $1 trillion tax plan. The ship is about to hit a sandbar called the House and Senate Republican leadership, and they’re certainly not going to accept this proposal. Moreover, even if Clinton is elected president, she’ll carry so much baggage that it’s dubious whether any member of Congress would want to attach their name to what will be an incredibly unpopular administration. That coupled with the historical trend of the opposition party doing well in the midterms might have some members having second thoughts. Things could be worse—we could have a Bernie Sanders presidency add $21 trillion to the national debt because people need free stuff. In this scenario, Sanders’ $15+ trillion tax hikes wouldn’t come close to paying for his socialist nightmare. At the same time, Sanders and his wife know a little something about spending like drunken sailors.