ICYMI: Louisiana Voters Feel Their Taxes Are Too High, As Budget Battle Continues 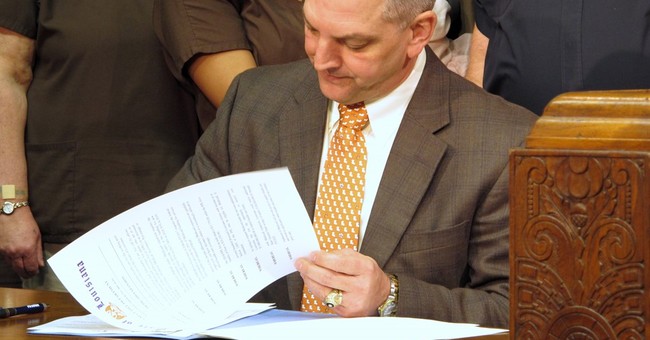 At times, it’s your local officials that can turn your home budgets into a puzzling endeavor more than the policy antics emanating from Washington. Local taxes, fees, etc. can reap havoc on local communities, which is why every chance you can vote in local elections you should do it. I know county commissioners races aren’t as exciting as a presidential race, but they matter all the same. In Louisiana, Democrat John Bel Edwards was elected to succeed Republican Bobby Jindal, and he faces a budget deficit that soars into the hundreds of millions. There was the typical tug of war between the governor and the Republican state legislature. You can read about the drama here, here, here, here, here, here, and here. It’s the typical narrative. Both sides know cuts need to be made—it’s a matter of how much and where to cut. Republicans assign budget cuts, the governor vetoes them, and around and around we go. In these matters, increasing of taxes is discussed, especially when a Democrat is at the helm.

In February, Americans for Prosperity-Louisiana asked Harper Polling to conduct a poll on how residents of the Bayou State feel about the rates of taxation. To no one’s surprise, virtually everyone feels the rates are too high, and they pretty much oppose any tax increases to offset the projected $750 million budget shortfall:

Taxes: Too High or Too Low?

A majority of likely voters also oppose “the enforcement of a sales tax on items purchased online” (60%, 32% favor) and the increase in business taxes (59%, 29% favor). “The imposition of hotel taxes on short term rentals such as Airbnb” also generates a net negative response (37%/47%).

The only proposal that is favored by a majority of Louisiana voters is the increase in “Luxury taxes including increases in the tobacco and alcohol taxes” (58%/36%). The intensity gap on this proposal benefits those who favor it (42% strongly favor, 29% strongly oppose).

Nevertheless, some of those tax increases already went into effect on April 1:

Louisiana's sales tax will go up in two major ways starting next Friday. The new laws means the state will likely have the highest average sales tax in the country.

Smokers will be paying 22 cents more per cigarette pack starting April 1. The new tax will go from 86 cents per pack to $1.08 per pack. People who sell cigarettes will also not be getting as much back for reporting their sales taxes correctly starting next week.

Even with the new tax hike, Louisiana's cigarette levy will still be lower than those in Arkansas and Texas, but higher than the one in Mississippi. The tax is expected to bring in $11 million between April 1 and June 30 as well as $43 million annually in future budget cycles.

Starting April 1, taxes will go up by one to two cents per serving on all types of alcohol -- beer, wine, liquor and sparkling wine. The new levies are permanent and don't have an expiration date.

Starting April 1, state hotel taxes will also apply to online booking services such as Airbnb and others offering short-term rentals.

It's going to cost more to rent a vehicle in Louisiana starting next Friday, though the new law has been written to avoid having the tax apply to Louisiana residents.

A 3 percent tax will be added to most short-term vehicle rentals, but the tax will not apply to vehicles being rented because of an accident or other needed repair. In other words, the tax is aimed at tourists and other visitors renting cars.