Ouch: Sen. Feinstein Had to Tell An Aide To ‘Google’ Anything About Clinton’s Accomplishments 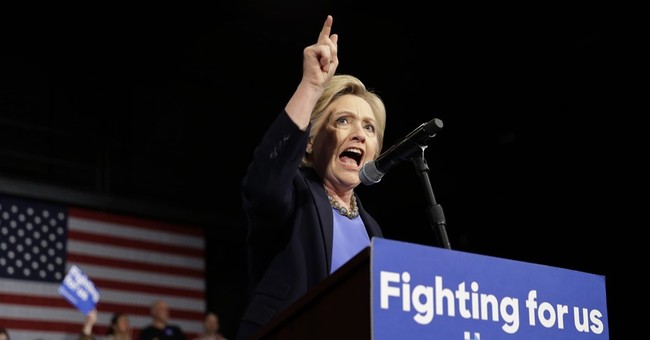 In a meeting with The San Francisco Chronicle’s editorial board, Sen. Dianne Feinstein (D-CA) was asked about working with Hillary Clinton, specifically what she felt was the former secretary of state’s greatest accomplishment as a lawmaker on Capitol Hill. Feinstein couldn’t name any, and had to instruct an aide to “Google” some answers for that inquiry. She also admitted that she was caught unawares by the question (via Daily Caller) [emphasis mine]:

“As someone who worked with Hillary Clinton for nearly a decade in the Senate, what in your view was her signature accomplishment as a senator?” The Chronicle’s editorial board asked Feinstein.

“Golly, I forget what bills she’s been part of or authored. I didn’t really come prepared to discuss this,” said Feinstein, who had planned to pitch a new water plan.

Clinton has been dogged by her flimsy senate record. She authored only three laws during her Senate stint. The legislation designated a highway, post office and government building in New York. She co-sponsored another 74 bills that ultimately passed.

“But she’s been a good senator,” said the 82-year-old, who has endorsed Clinton.

“There are things outside of bills that you can do, and I know that she’s done them for her state.”

“I should have a list,” said Feinstein, who The Chronicle described as “famously well-prepared.”

“Get on Google,” she told an aide.

Hillary Clinton is the frontrunner for the Democratic Party’s nomination for president, and one of the most hard-core liberals has failed to mention any accomplishments made by her. She had to get on Google to troll for some. Hillary may have solid endorsements, but it seems that she has little to offer in terms of accomplishments other than marrying Bill. Yes, she won a Senate seat in New York, which is a deep-blue bastion of American liberalism, so, Clinton beating former Rep. Rick Lazio in that contest was pretty much a done deal. As secretary of state, she peddled Obama’s smart power diplomacy that has been a serial failure. Iraq is a mess; Libya is a disaster; and Syria is an utter catastrophe. I’m sure Google picked up on the turmoil left in her wake as well.