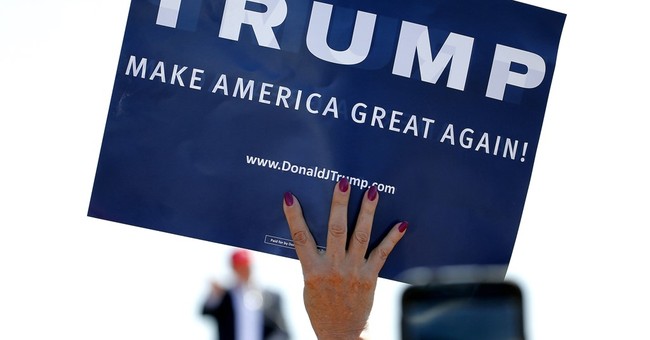 Donald Trump’s remarks about Muslims still has some with knots in their stomach, though the recent and horrific ISIS-led terrorist attack in Brussels have led some, like Piers Morgan, to suggest that maybe the billionaire real estate magnate should be taken a but more seriously on the issue of terrorism. Fair point, as The New York Times penned an article in January, where the GOP frontrunner called the city a “hellhole.” Heck even The View, which is known for being a bastion of left-leaning daytime programming, was saying that Trump’s remarks after the Brussels attack seemed reasonable.

Nevertheless, such remarks are bound to continue, and it could lead to Middle Eastern and other nations shopping for their arms elsewhere if Trump were to e elected president of the United States (via Defense One):

Donald Trump has pledged to bring jobs back to the U.S. from overseas, but if elected president the Republican frontrunner might send thousands of American defense jobs to Europe.

U.S. defense industry and national security analysts are expressing concerns that a President Trump might prompt Middle Eastern and other military allies to seek arms elsewhere.

That means billions of dollars that would go to American firms — Lockheed Martin, Boeing, Northrop Grumman, Raytheon, and others — could shift to European arms makers, such as BAE Systems, Airbus, Thales, and Finmeccanica.

The U.S. has increasingly relied upon Japan in recent years to counter China’s growth. U.S. arms exports topped $36 billion in 2014. But Trump has accused Japan and South Korea, both major consumers of U.S. arms, of not paying enough to the U.S. for their security. “[T]here could be a backlash that impacts U.S. defense firms. Japan and South Korea might seek to reduce reliance on U.S. defense imports and build their own capabilities,” Callan wrote.

Yet, we have a lot of time until Election Day, and these tragic events in Europe have certainly devoted attention to more pressing areas of security and public policy. One defense industry source told One that U.S. arms are the “gold standard” –and that nations will probably not opt out of all all American arms shipments.

Let’s hope that turns out to be the case.