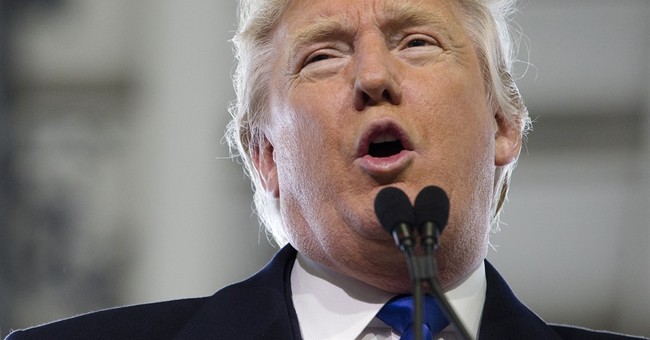 As voters continue heading to the polls, the anti-Trump wing of the Republican Party is either refusing to believe the Trump phenomena or silently accepting that the billionaire magnate, who has voiced his support of the Obamacare mandate recently, could be the 2016 nominee–and the blame rests with the Republican Party. Last week, Sam Stein of the Huffington Post wrote that many of the 2016 Republican candidates thought Trump was a joke, didn’t take him seriously, and were left rushing to fill their opposition research files when it became clear the Donald was here to stay:

Multiple Republican campaign sources and operatives have confided that none of the remaining candidates for president have completed a major anti-Trump opposition research effort. There are several such efforts being run by outside conservative organizations. But those efforts are still gathering intel on the businessman after having started late in the primary season, these sources told The Huffington Post. And they worry that it may come too late.

"It is one of the many ways we underestimated him, I suppose," conceded one top Republican campaign official whose candidate has since exited the race.

An official with Jeb Bush's super PAC, Right to Rise, said that when they started collecting video libraries on prospective candidates in March 2015, Trump "didn't even come up in the vetting because everyone thought it was a joke."

Once it became clear that their wishes for Trump's prompt demise wouldn't happen, they and other campaigns were left playing catch up. Only the money proved tighter than anticipated.

Jeb Bush's campaign, for example, did put together a Trump dossier consisting of past newspaper articles, video clips, issue statements and publicly available legal filings. But they didn't have the resources to dig deep on material that wasn't publicly accessible -- the stuff only obtained through going to courthouses and sites of Trump's various properties.

Other campaigns felt the crunch as well. Sen. Marco Rubio (R-Fla.) waited until November to bring on board Joe Pounder, one of the party's top opposition research operatives. Sen. Ted Cruz's (R-Texas) campaign didn't comment, but Cruz chose to cozy up to Trump in the early stage of the race. The governors, meanwhile, spent much of their time bickering with each other, and aides to several of those campaigns said that their opposition research reflected those priorities.

"I think everyone was and is waiting for someone else to do it," said the Republican campaign official.

Well, that turned out to be a “yuge” mistake.