Rumor Mill: If Cruz Does Poorly On Super Tuesday, Expect Defections To Rubio; UPDATE: Or Not 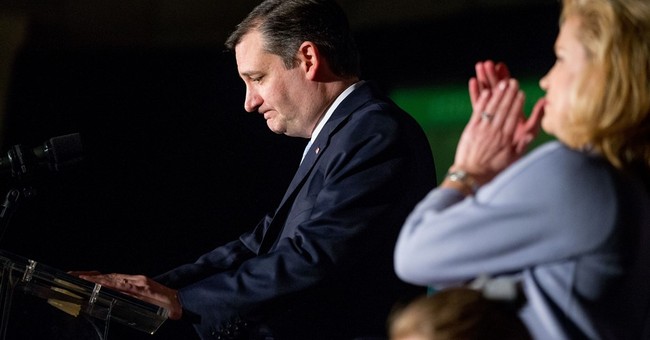 The GROUP, a band of prominent conservatives led by the Senate Conservative Fund’s Ken Cuccinelli and the Family Research Council’s Tony Perkins, must be feeling anxious. The two men cobbled together this band of grassroots activists in 2014, preventing a splintering of the conservative vote that could lead to a moderate winning the next presidential nomination. As Tim Alberta of National Review reported, The GROUP may have backed Sen. Ted Cruz (R-TX) in December, but his lackluster finishes in South Carolina and Nevada, the former contest being one that is tailored made for him to win, and Trump’s momentum may have a few key conservatives looking to jump ship for Rubio.

Members of this organization has remained very tight-lipped, but sources told Alberta that if Cruz does poorly on Super Tuesday, especially the scenario where he loses Texas, there will be a “pragmatic charge to stop Trump” by backing the Florida senator for the remainder of the primary. Measures are reportedly being set up in the case the Texas senator flops March 1. Cruz’s strategies of campaigning as the “consistent conservative” is failing with Trump scooping up his supporters:

Because of that commitment, Cruz allies have drawn what one participant described as “a hard line” on March 1. They are going all-in for their candidate until then, pulling out the stops to help him win enough delegates (and ideally a few states, most important among them Texas) to remain viable beyond Super Tuesday and into the winner-take-all stage of the campaign. If Cruz flops, however, some of those prominent supporters will embark on a “pragmatic charge to stop Trump,” a source said, by jumping to Rubio.

These were the scenarios discussed by Cruz’s friends and foes alike Tuesday, just hours before Nevada Republicans began caucusing. With a shared goal of defeating Trump, backers of both Cruz and Rubio dialed into The GROUP’s conference call on the heels of a weekend of similar dialogue in California.

Cruz supporters conceded that his path forward is suddenly murky, and lamented that Trump — with an assist from Rubio — had successfully upended their candidate’s core message of trustworthiness. They also complained that Cruz has not forged a personal connection with the Republican base, without which they fear his absolutist positions and organizational strength are hollow. They agreed Cruz should devote his time and resources almost exclusively to attacking Trump and his values if he hopes to defeat the real-estate mogul in the Bible Belt and remain competitive past March 1.

Rubio’s backers inside The GROUP, who by rule have remained publicly silent due to Cruz winning a supermajority of their fellow members, have not yet pushed for release from their vow of non-support. But they are laying the groundwork for a mass defection to Rubio should Cruz collapse on Super Tuesday. Particular attention is being paid to Texas, Cruz’s make-or-break home state, where an Emerson poll

Wednesday showed him ahead — but Trump and Rubio within the margin of error. If Cruz doesn’t at least deliver Texas on Tuesday, sources involved with the discussions say, there is a chance that some high-profile conservatives will begin jumping ship to Rubio and pressuring Cruz to exit the race.

So, this could be Cruz’s last stand next week. Yet, it’s still not a guarantee that Marco Rubio will be able to stop Trump, who looks more and more like the GOP nominee every day. It certainly will boost his chances, maybe opening another access point for more campaign cash. But there is talk that some Cruz supporters might either go to Trump, or stay home, and not benefit Rubio in the way many are projecting. Moreover, there’s Ohio Gov. John Kasich, who is polling best in his home state against Trump, which is needed if anti-Trumpers want to block the billionaire magnate from sweeping the state. Yet, this is only true if Rubio can hold the line in Florida.

For anti-Trump candidates, it’s a maddening weaving of uncertainty and fate. There are must-win states, coupled with competition–Kasich and Carson–that needs to drop out, but you need one of them–Kasich–to stay remain to prevent another Trump landslide after Super Tuesday; at a time when they need to seriously start racking in delegates to catch up to the Donald. They also need to win their respective home states, and still Kasich and Carson have to drop out–though if Kasich wins Ohio, what reason would there be for him to do so expeditiously.

For Trump, he’s winning, winning, and winning some more. He’s dominating the exit/entrance polls; he’s swept three primary contests in a row. He’s poised to do well in the South. There is no uncertainty. Hate to say it, but it’s good to be a Trump supporter right now.

UPDATE: Or not... Cruz's core group said they're sticking with him.  Apologies for the omission.