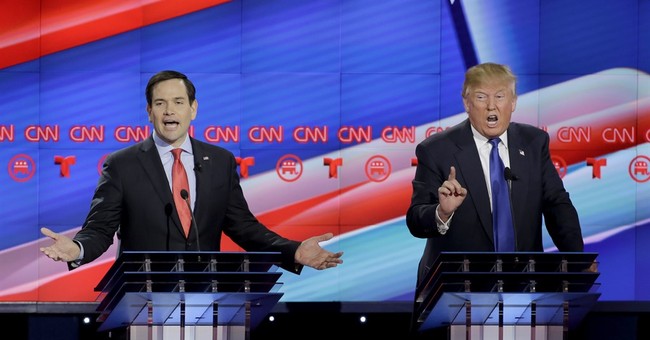 During the CNN’s debate, Sen. Marco Rubio (R-FL) and Donald Trump got into a spat over health care policy, where Rubio criticized the billionaire magnate for doing something that he did in New Hampshire: repeat himself.

As Politico noted, Trump got “Christie-ed” by Rubio: