Clinton Still Scooping Up Those Superdelegates 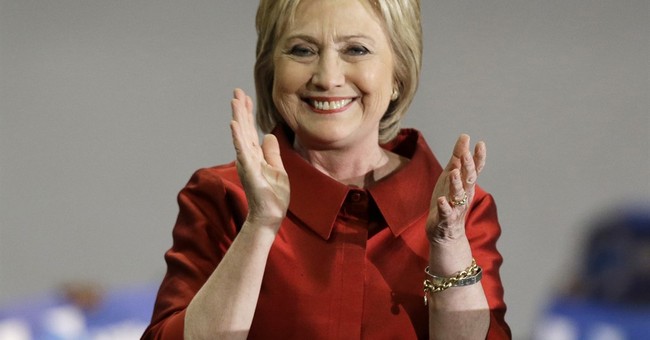 If you’re a supporter of Sen. Bernie Sanders, you might be a little annoyed at the fact that your candidate trounced Hillary Clinton in New Hampshire by double-digits, but left the contest with more delegates. This is thanks to the much discussed superdelegate system within the Democratic Party that typically allows state party officials (and other elected members) to pick who they wish to support for president regardless of the vote count in a primary or caucus. They could also switch allegiances. It’s a mixture of establishment politics and student body elections drama. Heading into the Democratic Nevada Caucus last weekend, Clinton was able to clinch almost 100 more of these superdelegates to Sanders’ 11 (via The Hill):

Hillary Clinton has increased her lead in the Democratic primary since her resounding loss to Bernie Sanders in New Hampshire by wooing 87 new party superdelegates to support her campaign over the past week.

The Associated Press reports that Sanders won the support of 11 superdelegates over that same time period.

While Sanders holds a small lead among pledged delegates awarded to him for his showings in Iowa and New Hampshire, Clinton's massive superdelegate lead puts her ahead 481-55 in delegates to the Democratic National Convention, according to the AP's count.

After Super Tuesday, it’s widely projected that Clinton will b way ahead of Sanders in the delegate count, namely because of her strength with black Democrats south of the Mason-Dixon line. It could place Sanders in a position, where he cannot overcome Clinton’s titanic lead in delegates. He’s no Barack Obama. Yet, young liberals are feeling the Bern; they’re donating millions to his campaign; and there are no more primaries in the southern states after March 15. There’s plenty of room for Sanders to launch a second offensive, as long as the energy and enthusiasm remains with him (via NYT):

Mrs. Clinton has 502 delegates to Mr. Sanders’s 70; 2,383 are needed to win the nomination. These numbers include delegates won in state contests and superdelegates, who can support any candidate. She is likely to win a delegate jackpot from the overwhelmingly black and Hispanic areas in the Southern-dominated Super Tuesday primaries on March 1, when 11 states will vote and about 880 delegates will be awarded.

Since delegates are awarded proportionally based on vote tallies in congressional districts and some other areas, only blowout victories yield large numbers of delegates. And Mrs. Clinton is better positioned than Mr. Sanders to win big in more delegate-rich districts, like those carved out to ensure minority Democrats in Congress, where she remains popular.

Of course, politics is unpredictable, as this cycle’s presidential campaign has demonstrated. Mrs. Clinton will face questions about her candidacy, including the outcome of an F.B.I. investigation into the use of a private email server while she was secretary of state. And Mr. Sanders has shown an ability to create grass-roots excitement in surprising places.

Still, while Mrs. Clinton is far from reaching 2,383 delegates, she is poised to create the sort of mathematical quandary for Mr. Sanders that she faced in 2008. That winter, Barack Obama used an 11-state winning streak to establish a lead of 100 delegates that Mrs. Clinton was never able to surmount. While a similar streak is unlikely this year, advisers to Mr. Sanders concede that Mrs. Clinton could generate a significant delegate lead now that she has momentum from her Nevada win. But they say they are not out of the running.