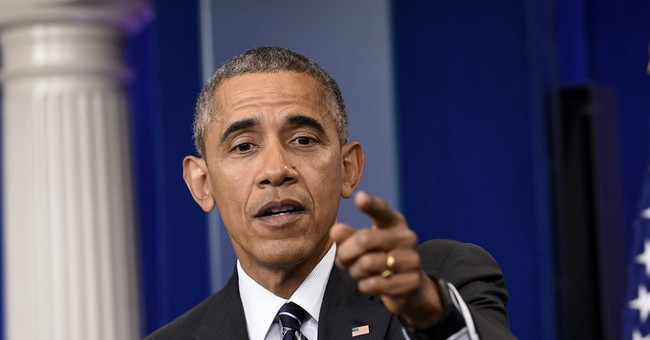 Katie mentioned last December how UnitedHealth Group Inc. was expecting hundreds of million in losses, and the possibility of withdrawing from the Affordable Care Act marketplace by 2017, since Obamacare isn’t becoming more affordable. More Americans are seeing paying the penalty to remain uninsured as the better economic choice than enrolling with insurance programs that have seen nothing but premium hikes.

Guy has written extensively about the unmitigated catastrophe that is the Affordable Care Act, which is a government policy saga dotted with nothing but premium hikes–even hitting plans considered cheap. The exchanges are a mess, and the enrollment projections for this year have been reduced by 8 million. Now, we have Blue Cross’s CEO bracing for financial disaster in North Carolina, of which his company is the state’s largest insurer, who might stop selling Obamacare policies altogether. Blue Cross and Blue Shield is the only insurer who sells ACA plans in all 100 counties (via The News and Observer):

Wilson warned that Blue Cross cannot continue sustaining financial losses indefinitely in North Carolina and may have to decide later this year whether to get out of the ACA market in 2017. Blue Cross raised rates by an average 32.5 percent this year in the state, but Wilson said that wasn’t enough to stem losses.

VIDEO: Blue Cross and Blue Shield of North Carolina president and CEO J. Bradley (Brad) Wilson talks to the News and Observer editorial board Wednesday, February 10, 2016 about the first years of working with the ACA, running a profitable business and a possible insurance rate increase. Harry Lynch The News and Observer

“We can’t offer something for sale in this marketplace that we know every time it’s purchased we’re losing money,” Wilson said.

A move by Blue Cross to stop offering federally subsidized policies would force more than 300,000 North Carolina residents to try other insurers, if they still offer ACA coverage, or revert to being uninsured. A withdrawal by Blue Cross would be acutely felt, as it’s the only insurer under the ACA that offers coverage in all 100 counties in the state.

The expenditures Wilson’s company undertook were astronomical, with him saying, “In year one [2014], five percent of our ACA customers consumed $830 million in health care costs. That’s how much money went out of our door to pay for the heath care for the sickest five percent of the ACA population that we had; we collected $75 million in premiums–between what they could contribute and the government subsidy. Any way you cut it that’s an unsustainable business model.”

Folks, it’s not working. And premiums are going to spike again right around the time we all head to the polls in November.