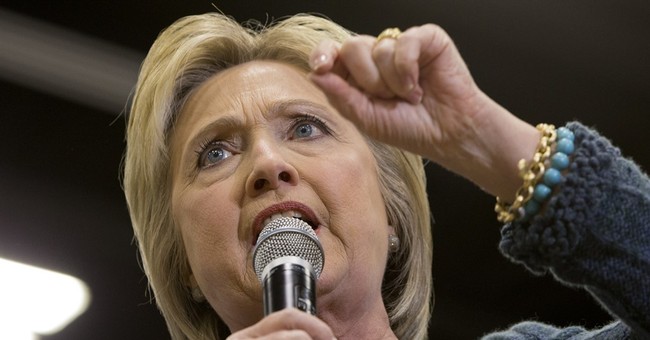 Hillary Clinton, the prohibitive nominee for the Democratic Party, barely pulled through in Iowa, and is expected to be slaughtered by her primary opponent, Sen. Bernie Sanders (D-VT), in New Hampshire by double-digits. It should come as no surprise that Hillary isn’t too pleased; mulling whom to possibly cut pending her more than likely defeat tomorrow night. Yet, the street goes both ways. Politico published a piece today, which used mostly unnamed sources, that indicated the Clinton staff is equally frustrated, especially with how the former first lady dragged her feet on the email controversy. Yet, Clinton could just add more staffers to make the ones she has a problem with irrelevant, but let's not kid ourselves about her potentially axing a few folks. After all, as the publication added, there was going to be some sort of Red Wedding event if Clinton lost New Hampshire back in 2008:

“The Clintons are not happy, and have been letting all of us know that,” said one Democratic official who speaks regularly to both. “The idea is that we need a more forward-looking message, for the primary – but also for the general election too… There’s no sense of panic, but there is an urgency to fix these problems right now.”

The focus of their dissatisfaction in recent days is the campaign’s top pollster and strategist Joel Benenson, whom one Clinton insider described as being “on thin ice,” as the former first couple vented its frustrations about messaging following Clinton’s uncomfortably close 0.25 percent win in last week’s caucuses. Benenson, multiple staffers and operatives say, has been equally frustrated with the Clintons’ habit of tapping a rolling cast of about a dozen outside advisers – who often have the candidate’s ear outside the official channels of communication.

The result is a muddled all-the-above messaging strategy that emphasizes different messages – and mountains of arcane policy proposals – in stark contrast to Bernie Sanders’ punchy and relentless messaging on income inequality.

But from the beginning, there have been deeper issues simmering within the cheerfully-decorated Brooklyn headquarters -- and much of that had to do with a disconnect between the candidate and her campaign. Over the summer while her campaign was bogged down in the email controversy, Clinton was deeply frustrated with her own staff, and vice versa. The candidate blamed her team for not getting her out of the mess quickly, and her team blamed Clinton for being stubbornly unwilling to take the advice of campaign chairman John Podesta and others to apologize, turn over her server, and move on. The entire experience made her a deeply vulnerable frontrunner out of the gate, and underscored a lack of trust between Clinton and her operatives, many of whom were former Obama staffers that she didn't consider part of her inner circle of trust.

As with many situations with the Clintons, the drama level is high. It’s a soap opera. And from these reports, a loose confederacy of top dogs botching the messaging, which probably explains why she’s gone down in the polls–along with why she’ll have trouble getting out. Last August, the Des Moines Register noted that her support had dropped by a third–and that the old Obama coalition seemed to be drifting to Sanders. A disorganized staff, coupled with a candidate who is already  a bad campaigner, is a recipe for lackluster results, which is what we’re seeing.

Yet, this staff shakeup also seems to show signs that Clinton is thinking of her firewall in the South, where the electorate is more diverse and favorable to her. By the numbers, she should be able to trounce Sanders onward from South Carolina primary, but this double-digit blowout might have her preparing a shake up just in case some more cracks in her firewall appear in the days to come. Regardless, while some might note how Trump has caused chaos in the GOP primary, Democrats have a fragile frontrunner and a disheveled democratic socialist with horrible ideas vying to be the left’s standard-bearer this year.