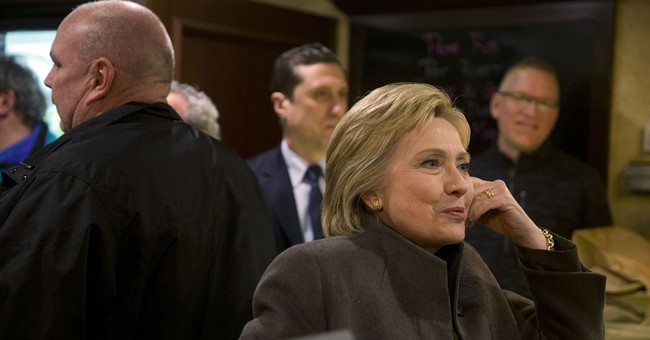 It was no wonder why, after barely squeaking out a win in Iowa last week, Democratic presidential candidate Hillary Clinton bolted from her “victory” rally in just 5 minutes, knowing New Hampshire would be a much steeper climb. Her opponent Bernie Sanders has had a commanding double digit lead in the Granite State for weeks.

The fact that this particular state once boosted her and her husband’s political careers makes her fall from grace in New Hampshire especially painful, writes The Boston Globe.

Team Clinton once saw the Granite State as friendly territory — after all, voters here rescued her husband’s 1992 presidential campaign and injected energy into her 2008 contest. The relationship with the state’s voters seems to have frayed quite a bit since then, with even some top supporters acknowledging that a win Tuesday looks nearly impossible.

Because Clinton is trailing at an embarrassing rate, her team now seems to be downplaying the importance of the primary win. That’s why, The Boston Globe suspects, Clinton decided to leave New Hampshire for a few hours to travel to Flint, Mich. While The Globe says the trip was “designed” for Clinton to raise awareness for the families who have been affected by lead poisoning, it also seemed to serve as a disguised opportunity to escape an obvious defeat.

Up until now, Clinton has had name recognition and money on her side. Sanders, however, is gaining on her in both areas.  His progressive message is resonating with Democrats – especially young voters – and for the first time last month he raised more money than Team Hillary.

No wonder she doesn’t want to look New Hampshire in the eye.