In Bloom: Former NYC Mayor Says He Might Enter 2016 Race 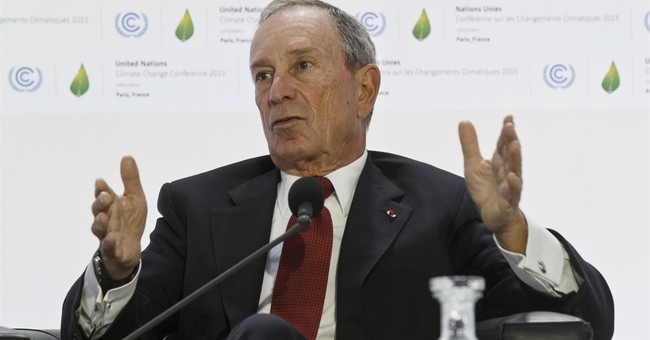 Oh, here we go; former New York City Mayor, and rabid gun control advocate, Michael Bloomberg hasn’t changed his stance from last month on a possible presidential bid. He’s only made it public (via the Hill):

Former New York City Mayor Michael Bloomberg said publicly for the first time that he is considering a 2016 presidential run.

Bloomberg told the Financial Times for a story published Monday that he was "looking at all the options" regarding a bid.

“I find the level of discourse and discussion distressingly banal and an outrage and an insult to the voters,” Bloomberg told the newspaper, saying the public deserved "a lot better."

The Hill added that the billionaire has an early March deadline for setting up an exploratory committee, and could set aside more than $1 billion of his own money to fund the effort. GOP pollster Frank Luntz suggested in January, that if Bloomberg should toss his hat into the ring–there is an avenue of victory for him.

In a race against Clinton and Republican primary hopeful Ted Cruz, Bloomberg receives 28 percent of the vote, compared to Clinton’s 37 percent and Cruz’s 35 percent.

And in a scenario in which Republican primary hopeful Marco Rubio wins his party's nomination, Bloomberg receives 28 percent of the vote, compared to Rubio’s 38 percent and Clinton’s 35 percent.

These results, according to Luntz, give Bloomberg a real shot at mounting a successful White House run.

“The key takeaway? There’s more than a political lane available to the former mayor; it’s an interstate highway,” he said.