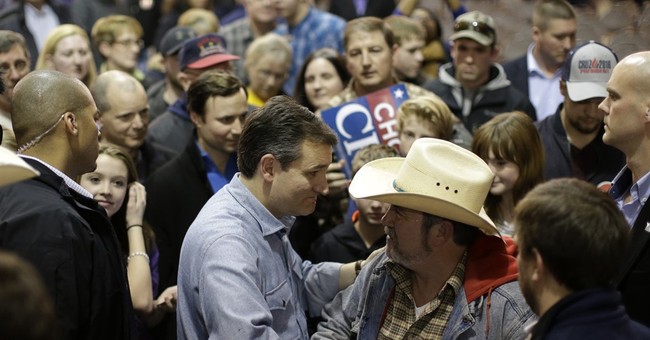 DES MOINES, Iowa­–In the final days of the Iowa Caucus, the Cruz campaign sent a controversial mailer to a small group of Iowa voters that seemed to shame them for not voting often in order to get them to the numerous local meetings held last night. It read like a report card, which some saw as an invasion of privacy. Election experts noted that these mailers do work, but are not drafted in an aggressive manner, like the Cruz one. At the victory party last night, it was mostly a non-issue, with most either saying they didn’t care, or didn’t know enough about the backlash. While Cortney found some caucus-goers turned off by the tactic, labeling it “unnecessary,” for stanch Cruz supporters, it was much ado about nothing.

Suzette Henriksen said that she didn’t pay attention because she’s for Ted Cruz either way. She added that it might affect some people, but for die-hard Cruz supporters, it won’t be a big deal.

Jeff Ropp, another attendee and Cruz backer, added, “it doesn’t bother me, I don’t feel he stepped over the line.”

Deb Harris didn’t know about the story, which gained larger media attention after IJ Review’s Sarah Rumpf and a handful of smaller outlets first reported on the matter. When informed about the development, she found the whole ordeal interesting.

“I would’ve thought that would be pretty cool–very interesting information,” she said.

Dave Shragal, who was in Des Moines on business with Cathy Ross, who also came to the Cruz party, wasn’t aware of the mailer controversy, being from Illinois, but when he was told about what occurred, he felt that it crossed the line.

“Yeah, I think that probably is crossing the line. I’m sure there’s a lot of backroom stuff that they have access to regarding parties and how people voted, but I really don’t know what good that comes from trying to get that out in the public. And trying to articulate some message, you know what’s the point?” he said.

Sandy Selden of Ankeny said that they didn’t get the mailer, and she really didn’t care. Rebel Snodgrass, who lives in Indiaola, also didn’t think the mailer was controversial.

Near the media tables, Catherine Frazier, Cruz’s national press secretary, also brushed off the allegations that the mailers were either too aggressive or shamed Iowan voters.

“It’s a manufactured controversy,” she said, noting that similar mailers have been sent out by the Iowan Republican Party in past elections.

“Many elected officials have used similar tactics to turn out voters,” she added, whole mentioning that the Cruz campaign isn’t going to apologize for trying to maximize voter participation and the tenets of our civic duty come Election Day.