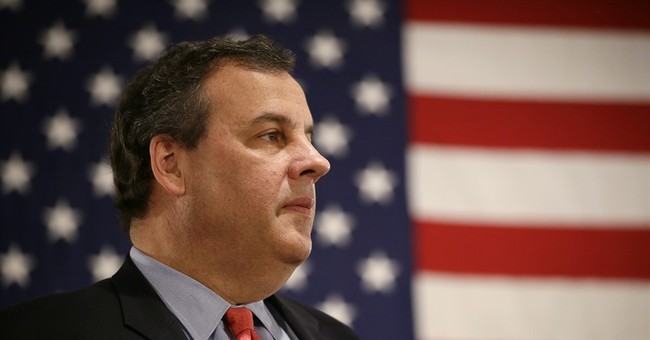 DES MOINES, Iowa– New Jersey Governor Chris Christie had lunch with members of the Bull Moose Club, making his last minute pitch to fellow Iowans to caucus for him before they head to their respective meetings at 7 p.m. tonight. He took some subtle digs at his opponents, while offering blueprints to what a possible Christie administration might do in its first 100 days.

To start, the governor mentioned that one of the more “instructive parts” of last Thursday’s Republican debate was when Senators Ted Cruz and Marco Rubio “twisted themselves into pretzels” over their changing stance on immigration. Christie described it as “Washington gymnastics” with these two men trying to convince voters that they didn’t change their minds and they weren’t for amnesty. Truth be told, almost everyone running for the GOP nomination supports some form of legalization, but that’s besides the point.

Gov. Christie added that he doesn’t care that Cruz and Rubio have changed their minds - he does care that they try to hide it. He mentioned that governors don’t have the luxury of talking all the time, sending voters and the media in circles on their votes and positions. As a two-term governor of the deep blue state, Christie mentioned that he knows how to get things done. That’s the benefit of two-term governors; one-term senators know how to talk. He also mentioned how he’s been able to get things through a Democratic-controlled legislature.

Moreover, Christie hit on the institution that some running for president come from, noting the 13 percent approval rating Congress has with the American people. First, he quipped that he wonders who are these 13 percent. Second, why would we want someone to take the helm of the ship of state from an institution that has been pilloried for spending too much, being too large, too over burdensome, and not getting anything done.

In closing, Christie reiterated his position as a blue state governor who got results, along with the positioning himself as the best person to prosecute Hillary Clinton on the debate stage. He said that this election begins here, and that he’s pretty sure that everyone in the room (and in the state) are going to be happy that by later tonight–that everyone running for president will be out of their lives, their television sets, radios, and telephones.

During the question and answer period, the governor was asked about what he would do during his first 100 days. It was pretty straightforward. Strengthen the Department of Homeland Security and other law enforcement agencies and give them the resources they need to do their job. He would push regulatory reform by signing an executive order halting any new regulations from any federal agency for 180 days. He would then deploy his vice president to travel the country, speaking with business leaders on what regulations work and which ones smother them. There would be a tax reform package on the corporate rates to spur economic growth, and he would finally invite the leaders of the United Kingdom, Mexico France, Germany, Canada, and Israel to the White House individually to privately vent about how poorly they’ve been treated by the Obama administration. Discussing the agendas each nation has for their futures would follow and how the U.S. can help.

Regarding a convention of states to amend the Constitution, Christie isn’t ready to jump on that initiative. He wants to see how a Republican president, with a Republican Congress do first before we start thinking about major surgery to our founding document.

Of course, someone asked the governor about entitlements, which the governor prided in telling the luncheon attendees that he has the most comprehensive plan to reform the system. First, recognize the realities of the situation. The average life expectancy of a man in the U.S. is 79; a woman’s is 83. People are living longer than when Social Security was instituted, wherein, according to George Will, the life expectancy from retirement to death was two years. It’s increased by decades since then.

Christie would raise the retirement age by two years over the next quarter century. He also wants to means test the program, noting that he would probably strip Americans making $200,000 in retirement income of their meager $1,200 check/month social security check. At the same time, he salutes those people–they saved anywhere from $4-5 million in assets to have a comfortable retirement. As for Medicare, the age of eligibility would also be raised by two years over a 25-year period. This segued into another question about the national debt, where the governor noted that 71 percent of federal spending goes to entitlements and debt services. Tackling reform in this sector, along with a strong pro-growth economic agenda are keys to getting us out of the hole. We’re not going to cut our way to prosperity.

A Marine Corps veteran thanked Christie for his public service and was enthused by the governor’s remarks about prosecuting Hillary Clinton on the debate stage, but asked how does he lend credibility to that statement when Democrats say that he should be prosecuted over Bridgegate.

Christie noted the difference. It’s a traffic jam vs. the mishandling of classified information; information that appears to have exposed deep cover agents and informants on the CIA payroll. He’s also been investigated three times (twice by Democrats) and the conclusion was that Gov. Christie had nothing to do with the targeted lane closures on the George Washington Memorial Bridge. The two incidents couldn’t be further apart in severity, which he argued and garnered an applause from the attendees:

“It’s not sacrificing national security secrets out of a private server in your basement out of convenience…it’s not instructing your staff to remove headers off of classified documents and then sending them over non-secure faxes because it’s convenient for you. And it’s not lying to the American people when you said there was no classified information on your server and it turns out there was. It’s not lying to the American people when you say that it wasn’t marked classified information, but it turn out not only was it marked, but you were asking for the markings to be taking off. She wants to have that fight on stage in front of 100 million Americans–bring it on!

Regarding higher education and student loan debt, the governor was adamant that Americans with loans must be able to refinance their debt. The ability to include national service experience in forgiving some of their debt should be considered. Also, colleges should have to itemize what tuition dollar go towards. The omnipresent “other services” citation that’s listed on many tuition bills that total in the thousands of dollars must be detailed. In all, Christie said that we must inject a market-based force into a decision that is often highly emotional for many families. This will be a tough debate. He divulged that between his two eldest children, a son going to Princeton and a daughter at Notre Dame, the Christies are paying $122,000 a year in tuitions. He also has two more children approaching college age as well.

One of the last substantive question asked was surrounding the Second Amendment, given that Iowan gun laws are much less restrictive than New Jersey’s, along with the cultural attitudes that are associated with gun ownership. Christie rejected that there are significant cultural differences on this issue, and that we should focus on putting criminals how use guns behind bars. He also said that his years as a prosecutor convinced him that more gun control laws don’t work, and prevent law-abiding persons from exercising their rights. That’s all nice, but Christie did sign a bill preventing NJ residents on terror watch lists from buying firearms in 2013–which is an egregious breach in due process.

That point was never brought up during the lunch. The governor left shortly after this question.