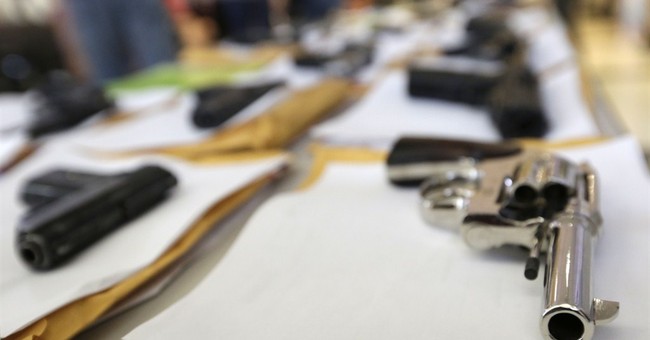 Folks, I’m not joking with this one. Lowell, Massachusetts is going to require gun permit applicants to write an essay to explain why they’re exercising their Second Amendment rights. If a federal judge struck down California’s 10-day waiting period for gun owners as an unconstitutional infringement on their civil rights, then this essay portion should surely be struck down (via Lowell Sun):

A new firearms policy will go into place despite a final plea from gun-rights advocates Tuesday for looser restrictions.

The policy requires anyone seeking a license-to-carry to take a gun-safety course. Anyone applying for an unrestricted gun license must state in writing why they should receive such a license, and to provide additional documentation, such as prior military or law-enforcement service, a prior license-to-carry permit, or signed letters of recommendation.

Critics who spoke Tuesday, and who've blasted the policy before, made one last attempt at persuading Police Superintendent William Taylor to make it less onerous on applicants.

"I will never write an essay to get my rights as an American citizen," resident Dan Gannon said.

Taylor did agree to work with one resident, a trained firearms-safety instructor, to help shape a training course applicants will be required to take. The trainer, Randy Breton, strongly criticized Taylor moments earlier for what he said was intentionally expensive training to dissuade anyone from applying for a gun permit.

"It's beyond ridiculous," Breton said of courses he looked into. One costs $1,100 over five days, and another doesn't offer any sessions through the rest of the year in Massachusetts.

The article added that the police superintendent “may unilaterally set the firearms policy.” The whole point of the Bill of Rights is what we don’t have to explain why we’re exercising them. These are rights that predate government. It’s an absolute disgrace that these residents have to explain one of the oldest civil rights codified in American law. Yes, I know this is anti-gun Massachusetts, but even folks from The Bay State like their guns.