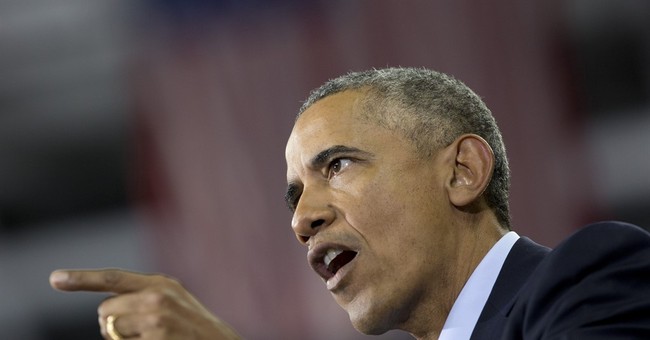 The Coalition for Public Safety’s (CPS) action arm, the U.S. Justice Action Network, is already planning on tripling the number of target states this year, but they also know the political obstacles that rest in their way. It’s an election year. Some politicians might not be so willing to be aggressive on an issue that some conservatives still view as a pathway to being soft on crime. For starters, President Obama’s executive actions on gun control might poison the well, given the intensity of the issue. Yet, the organization’s executive director, Holly Harris, told Townhall that she doesn’t feel this issue will be the iceberg that sinks their legislative agenda this year, as none of its provisions are attached to anything related to the Second Amendment.

Harris cited the progress in Congress on this issue, specifically Senate Majority Leader Mitch McConnell (R-KY)’s insistence that the criminal justice bill voted out of committee last year should be brought to the floor for a vote, as a sign that this issue’s bipartisan appeal would not be shaken by the president’s recent attempt to undermine our Second Amendment rights.

The two bills voted out of the House Judicial Committee on the eve of President Obama’s last State of the Union address is another sign that gun control won’t torpedo criminal justice reform’s efforts for 2016.

The Second Chance Reauthorization Act and the Comprehensive Justice and Mental Health Act remove barriers to those re-entering society, such as housing and job training, and provides more assistance in the treatment of mental illness and drug addiction.

“More than 600,000 people finish their sentences and exit federal and state prisons every year, so this legislation is going to have a significant impact on many Americans who are looking for ways to contribute to society and turn their lives around,” said Harris. “We need our lawmakers to remove barriers to employment for formerly incarcerated people so they can find jobs, support their families and lead crime-free lives. Ultimately that saves taxpayer dollars and makes society safer.”

As for obstacles, it’s no secret that Sen. Chuck Grassley, chairman of the Senate Judiciary Committee, has been a huge proponent of mandatory minimum sentencing laws. Yet, Harris noted that the senator has been shown data and other evidence to suggest how mandatory minimums have become a fundamentally unfair practice, especially towards nonviolent drug offenders. That shift was evident in October of 2015, when the Sentencing Reform and Correction Act was voted out of committee­–with Grassley’s support.

Jason Pye of FreedomWorks mentioned before Christmas how the first quarter of the year would be critical. At least members of this coalition can rest somewhat easy that gun control won’t upset the criminal justice reform agenda, but time could.