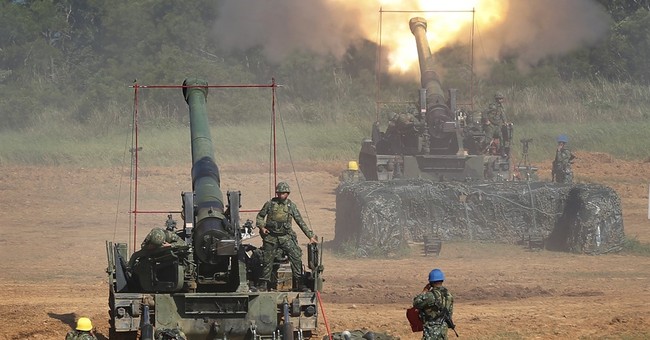 Some countries, like South Korea, are stocking up on American-made arms due to their security situation. Iraq is doing the same thing, as U.S. troops have mostly withdrawn from the country except for a few thousand recently deployed advisers that are stationed to help government forces fight ISIS. Regardless, American arms sales rose 35 percent, or $10 billion, from last year (via the Hill):

The study, first reported Friday by the New York Times, attributed the windfall in part to multibillion-dollar contracts with South Korea, Saudi Arabia and Qatar, who are among the top purchasers of American firearms.

Amid escalating tensions with nuclear-armed North Korea, South Korea was the world’s top firearms purchaser last year with contracts exceeding $7.7 billion, more than $7 billion of which was from U.S. contracts.

The publication added that the global arms market would likely not grow due to “the weakened state of the global economy.”