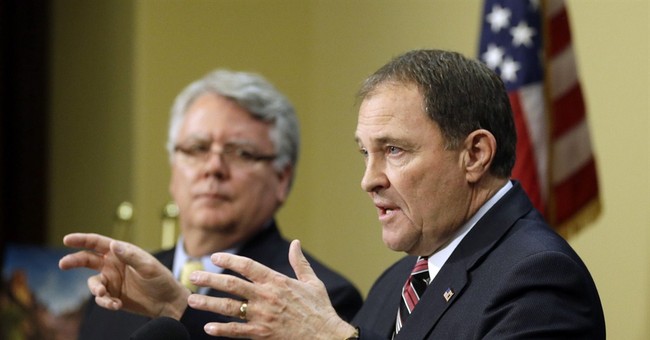 In Utah, Medicaid expansion won’t be coming any time soon. The proposal to expand one of the most critical parts of the president’s health care reform law doesn’t have the votes in either chamber of the state legislature. Moreover, concerns are well-placed regarding the proposed expansion, as it’s known to be a budget buster.

The latest attempt to help low-income Utahns get health insurance was dead on arrival Tuesday, as House Republicans dealt the proposal a crushing blow, sending state leaders back to the drawing board and leaving tens of thousands of people without hope for health care for the foreseeable future.

Hughes said it was concerns about the long-term sustainability of the Medicaid funding for the program, the potential for exploding costs and vocal opposition from medical providers who were called on to pay for part of the program that ultimately doomed Utah Access Plus in the House.

"Everyone loves expanding Medicaid until they have to pay for it," Hughes said, although he said the search for a way to cover the poorest Utahns and those deemed medically frail will continue. "I do believe the State of Utah and it's Legislature has the political will to provide health care to those who need it."

The plan also fell well-short of the 15 votes needed to pass the bill in the Senate, even with Democratic votes counted, Senate President Wayne Niederhauser, R-Sandy, said.

Additionally, let’s be honest about who Medicaid expansion truly covers. Yes, Medicaid was established to provide health care to America’s working poor, but the vast majority of the class included in Obamacare’s expansion is healthy, able-bodied, and childless adults. It’s young Americans, who have other options to find health care. In some states, like Virginia, almost a quarter of doctors aren’t accepting new Medicaid patients, meaning the proposed expansion under Gov. Terry McAuliffe would amount to nothing more than a massive tax increase to subsidize health care for a substantial amount of Virginians who can’t utilize this subpar government service.

Lastly, more than a third of those in the new expanded class have criminal records. I’m sure that’s a point not being made when politicians pitch to expand this program.