Of Course: Hillary's 'Apology' Needed A Focus Group For Direction 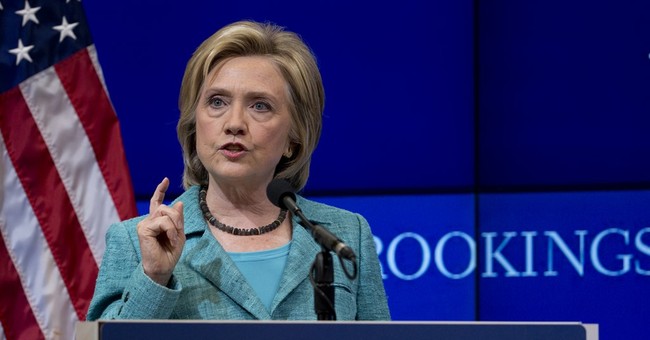 So, Hillary’s non-apology about her email server was obviously insincere. That was confirmed on its face with its flat delivery, which MSNBC’s Morning Joe mocked this morning.

To add another layer to this clown show, this scripted act of contrition was more or less placed as a top priority based on the findings of a New Hampshire-based focus group (via NYT):

In an Aug. 26 news conference, Mrs. Clinton said she understood why people had questions about the email arrangement, which she said came about as a matter of convenience so she could carry a single mobile device. She said she took responsibility for the decision to use the private server and said it would have been better to have used a private email only for personal matters and an official one for work.

Last week, Mrs. Clinton’s aides showed a video of that news conference to a New Hampshire focus group of independents and Democrats, according to a Democrat briefed on the focus group whose account was confirmed by a person in her campaign. Participants said they wanted to hear more from Mrs. Clinton about the issue.

The focus group also showed that the email issue was drowning out nearly everything else that Mrs. Clinton was hoping to communicate to voters — something Mrs. Clinton and her husband have complained about to friends.

Privately, some of Mrs. Clinton’s allies have drawn comparisons between her resistance to using the word “mistake” over the email server and her similar reluctance to say she had erred in voting as a senator to support the invasion of Iraq. That vote dogged her in the 2008 presidential primary, but Mrs. Clinton resisted calling it a mistake, despite entreaties from many liberals and some of her own aides.

And that resistance also cost her the 2008 Democratic nomination to then-Sen. Barack Obama. Poll testing things to death isn’t an alien concept to the Clintons. When Bill moved into the White House in 1993, everything was poll tested, including where he should take his vacations. Dick Morris was his numbers cruncher for that role. Yet, there is one critical exception: Bill is well-liked among everyone; Hillary is not.

It’s a sad commentary, but we should be shocked that Hillary was as inauthentic as you could be when she “apologized” for the email server, nor should we be surprised that it was a focus group that served as the catalyst.

So much for the fresh start Clinton aides told us about. These folks actually think they can manufacture spontaneity. I think we all saw Clinton’s inability to manufacture anything of that sort, let alone produce anything positive on the campaign trail without a script, when she spoke with Black Lives Matter activists at a campaign event in New Hampshire in August. It was a disaster.

So, I think it’s safe to say that we’re going to see the same old Hillary out there, though the rope lines for the press have been ordered to go away.