Will The Koch Rejection Hurt Or Benefit Trump? 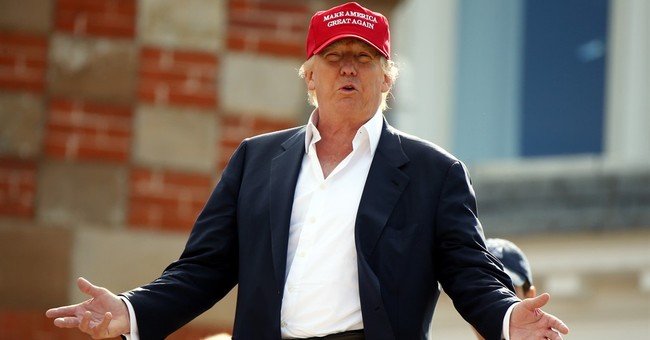 Billionaire industrialists David and Charles Koch have given a rather explicit “no thanks” concerning giving Donald Trump an audience to their vast network of donors and access to their voter databases. It’s not personal, it's just business seems to be the overarching theme here. Both Trump and David Koch have a close relationship, with their respective mansions near one another in Palm Beach, Florida (via Politico):

The Koch brothers are freezing out Donald Trump from their influential political operation — denying him access to their state-of-the-art data and refusing to let him speak to their gatherings of grass-roots activists or major donors.

Despite a long and cordial relationship between the real estate showman and David Koch, as well as a raft of former Koch operatives who are now running Trump’s presidential campaign, the Koch political operation appears to have concluded that Trump is the wrong standard-bearer for the GOP. And the network of Koch-backed policy and political outfits is using behind-the-scenes influence to challenge Trump more forcefully than the Republican Party establishment — by limiting his access to the support and data that would help him translate his lead in the polls into a sustainable White House campaign.

The Koch operation has spurned entreaties from the Trump campaign to purchase state-of-the-art data and analytics services from a Koch-backed political tech firm called i360, and also turned down a request to allow Trump to speak at an annual grass-roots summit next month in Columbus, Ohio, sponsored by the Koch-backed group Americans for Prosperity, POLITICO has learned

The Koch network — a coalition of individual donors and independent groups and companies — intends to spend a whopping $889 million in the run-up to 2016, and is not obliged to stay neutral. While it appears increasingly unlikely that it will officially endorse a GOP primary candidate, it has nonetheless shaped the process by determining which candidates are granted access to i360’s data and the grass-roots activists convened regularly by groups including AFP and Concerned Veterans for America.

Yet, the publication also noted that this “snub” isn’t so bad for the Trump crew; a) the Donald is a billionaire himself and could inject his own cash into his campaign, rendering the donor access moot b) because the Donald can inject hard money the Koch super PACs could have given regarding some positive attention is also rendered moot.

Koch money is soft money, which is not to say that it’s ineffective. The Koch’s political activities are doing great work spreading the principles of economic freedom. But they cannot bring the message home in the way hard money donations a la Trump campaign donations (and the RNC) can do regarding the ground game. Also, it's hard to say if the attention Trump is getting would have been better-or at equal levels–if the Kochs had opened the door to him. Moreover, some of Trump’s top campaign operatives are former Americans for Prosperity staffers.

So, while the Kochs' 2016 war chest is expected to be near $900 million, it’s highly appealing to the other candidates in the field. Trump, not so much. He can go far. He’s here to stay, but we don’t know how much of his own wealth he’s willing to invest in this 2016 venture. His fundraising goals are shoddy, but his bank accounts (again) can surely make those weak totals irrelevant. If he’s willing to dole out the cash, Mr. Trump can go a lot further than most are giving him credit for as 2016 ramps up:

While others like Hillary Clinton and Jeb Bush have raised tens of millions from early donors and Super PACs, Trump has brought in only a little more than $92,000 from people sending him cash. If that trend continues, we may see if he’s really willing to put his personal fortune where his mouth is.

“The non-politician so far has been the best politician,” says Yahoo Finance Editor-in-Chief Andy Serwer. “We need to take this seriously but I think the Republicans will do everything in their power to prevent him from ultimately being the candidate.”

Despite others out-fundraising him, “the free media that he’s managed to get tallies way more than anyone has actually spent in real dollars,” says Yahoo Finance Senior Columnist Michael Santoli. That has allowed Trump to spend relatively little of his own money -- he has loaned the campaign $1.8 million so far.

Trump has a long way to go, however, before voters can officially make their voices heard. Will he flame out in a few weeks like Herman Cain did in the 2012 cycle? Trump may have the cash to prevent that, but Santoli believes it all comes down to “his willingness to bankroll himself over time and whether the act grows tired or whether he reaches the limit of people who are receptive to him.”

If things flame out, it’s obviously not over for the Donald. He said he would “ride into the sunset,” investing in other ventures in order to make America great again.