Americans: We Like Living In Neighborhoods With Guns, Thank You 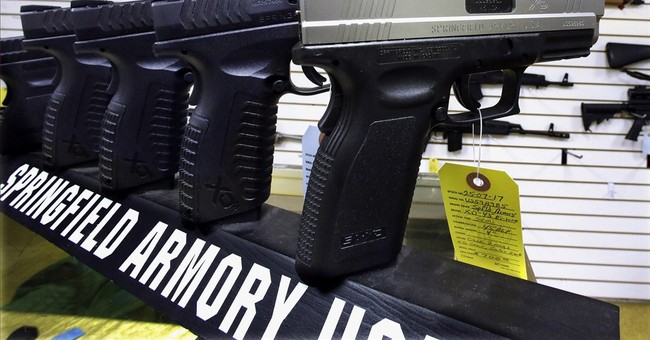 On June 12, Rasmussen released their nationwide poll showing an overwhelming majority of Americans support living in neighborhoods that allows them to own firearms (via Rasmussen) [emphasis mine]:

The national survey of 977 Likely Voters was conducted on June 8-9, 2015 by Rasmussen Reports. The margin of sampling error is +/- 3 percentage points with a 95% level of confidence.

This appears to be part of a growing trend regarding gun rights and the Second Amendment. Gallup noted in November of 2014 that 63 percent of Americans believe a gun in the home makes it a safer place. In 2013, a Washington Post/ABC News poll reported the same thing, albeit the figure was 51 percent supporting the notion that firearms makes homes safer; this included 51 percent of white, middle class women.

That figure dovetails with another segment of the Second Amendment debate, which is that women are the next frontier of the gun industry. Not only are women the fastest growing demographic in gun ownership; they’re lining up for their concealed carry permits across the country.

In April, Pew Research reported support for gun rights to be the highest in 25 years. Is it safe to assume that increased participation from women regarding the Second Amendment is partially responsible for that development?