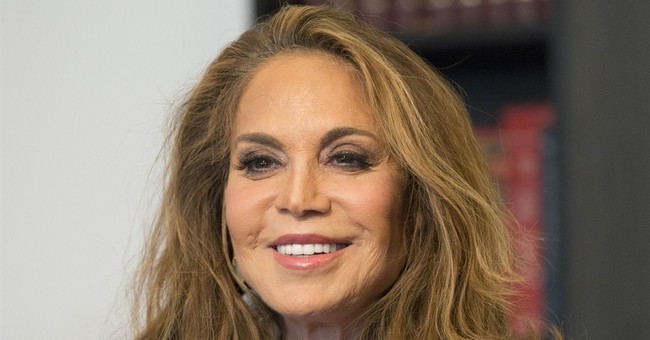 So, National Review’s Charlie Cooke found an interesting poll showing that a majority of Democrats–and a substantial proportion of Republicans–want to upend the foundation of First Amendment law in the United States. They want to criminalize so-called hate speech. Nevertheless, 60 percent of Americans say that it’s “okay” publish Muhammad cartoons, and over 70 percent approve of our right to offend. So, what’s going on here?

Party affiliation is the only place where we see a majority for making hate speech a crime. That honor is awarded to the Democrats, where 51 percent agree with that sentiment, according to a YouGov poll. Yet, 37 percent of Republicans also agree, along with 35 percent of Independents. When it comes to age, 18-29 year olds break 42/26 in favor of making hate speech a crime, with 32 percent replying that they’re not sure. More 30-44 year-olds oppose the notion of making hate speech a crime, breaking 38/41/21 in supporting, opposing, or saying they’re not sure when asked about the proposed measure. Similar feelings are exhibited from 45-64 year-olds, who break 38/43/19, but 49 percent of those 65-years of age and older support redefining free speech law. Thirty-three percent oppose and 17 percent aren’t sure in that 65 and older group.

When it comes to gender, men break 38/43/19 concerning supporting, opposing, or not being sure. With women, the numbers are almost the opposite 43/32/25.

Overall, 41 percent support a law against hate speech, while 37 percent oppose; 22 percent are not sure.

I guess the silver lining is that there are a lot of people across the board that are not sure if we should fundamentally change free speech in America. Also, public opinion is highly moldable.

Yet, we seem to be suffering from split personalities because when YouGov asked if hate speech does or does not allow people to say things “intended to stir up hatred against a group based on such thins as their race, gender, religion, ethnic origin, or sexual orientation,” 56 percent of Americans said it does allow for such statements, 17 percent disagreed, and 27 percent said they aren’t sure.

There’s also a significant gender gap on this issue. Again, breaking down the numbers between does allow/does not allow/not sure–men overwhelmingly agree that the First Amendment permits hate speech 66/17/18. The same cannot be said of women 47/18/35.

If hate speech is permitted under the First Amendment, then it’s protected speech and laws against it would be considered unconstitutional. Moreover, case law undercuts the imposition of such laws. Hate speech has no defined legal meaning in U.S. law, so the first hurdle would be defining which forms of expression–which at the time would be considered free expression in this heinous alternate universe–should be suppressed by the government. Eugene Volokh wrote in the Washington Post about this matter. It’s a rather dangerous legal minefield [emphasis mine]:

Of course, one can certainly argue that First Amendment law should be changed to allow bans on hate speech (whether bigoted speech, blasphemy, blasphemy to which foreigners may respond with attacks on Americans or blasphemy or flag burning or anything else). Perhaps some statements of the “This isn’t free speech, it’s hate speech” variety are deliberate attempts to call for such an exception, though my sense is that they are usually (incorrect) claims that the exception already exists.

But those who want to make such arguments should acknowledge that they are calling for a change in First Amendment law, and should explain just what that change would be, so people can thoughtfully evaluate it. Calls for a new First Amendment exception for “hate speech” shouldn’t just rely on the undefined term “hate speech” — they should explain just what viewpoints the government would be allowed to suppress, what viewpoints would remain protected, and how judges, juries, and prosecutors are supposed to distinguish the two. Saying “this isn’t free speech, it’s hate speech” doesn’t, I think, suffice.

The beautiful thing about this country is that you have the right to offend; you can say things that are racist, offensive, and outright absurd without the fear of the secret police placing a black bag over your head later that night. Now, while this is a right, it does not guarantee immunity from the consequences. Don Imus was fired from CBS for calling members of the Rutgers women’s basketball “nappy headed hoes.” ESPN fired a headline writer who wrote, “chink in the armor” about Jeremy Lin, who was playing for the New York Knicks at the time. Paula Deen received intense media scrutiny for admitting to using the N-word multiple times when she was sued for discrimination two years ago. So, it’s not like people who decided to say outrageous things aren’t met with punishment.

Nevertheless, Volokh aptly notes how such a law would fundamentally change the face of the country. I dread the day where we have to debate what’s an acceptable form of expression and what is not, along with legal procedures to censor such speech. A test of one’s citizenship here is showing how much you can stomach things said by individuals you just can’t stand. Instead of supporting laws that would ban this person from exercising his right to free speech, get into the trenches on your own–you can say that he or she is wrong. If you’re not confrontational, just keep moving on with your day; that’s also your right.