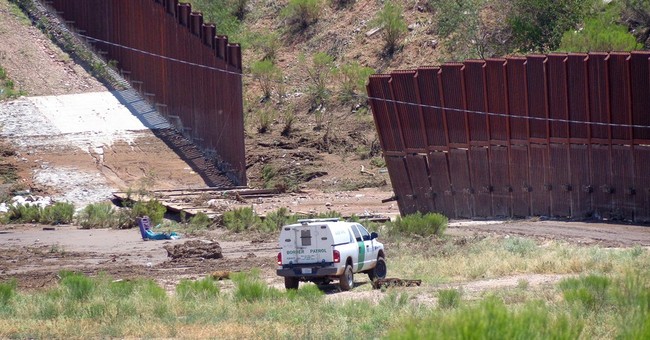 Earlier this week, California Democrats said they’re preparing to give illegal immigrants a host of new rights and privileges, one of which flies in the face of federal law. It’s a feel good moment with zero foresight–and it does a disservice to immigrants, according to Ruben Navarrette, Jr’s. article in the Daily Beast. The Golden State has already passed measures, like granting illegals the ability to have driver’s licenses, but this goodie bag seeks to create a new state position–the Office of New Americans within the governor’s office–provide them with subsidized health care, and restrict businesses using E-Verify during their employment processes. Yes, this proposal is a train wreck waiting to happen, especially with the health care and E-Verify provisions [emphasis mine]:

At a news conference in Sacramento, a group of Democratic legislators—switching back and forth between English and Spanish—recently unveiled a package of 10 bills that would, among other things: create an Office of New Americans in the governor’s office to better serve the undocumented; provide illegal immigrants with subsidized health care by extending Medi-Cal coverage to all Californians, regardless of immigration status; limit use of “E-Verify” (the government-run database that employers use to check if prospective hires are legally eligible to work) and prevent “abuse” by employers; and ban businesses from discriminating against residents based on their immigration status, citizenship, or language.

That last one is a beauty. If it extends to hiring, it flies in the face of federal law, namely the 1986 Immigration Reform and Control Act that made it a federal crime to knowingly hire an illegal immigrant. Now California wants to make it a state crime to not hire one? Employers can now pick their poison: They can violate one law or the other.

The health care provision is the most expensive item on the menu, with a tab that was originally set at $1.3 billion. Yet no one will say where the money is supposed to come from in cash-strapped California.

Navarrette did mention that one of the bills protects immigrants from being taken advantage of by lawyers, and provides them with a toll-free number to report fraud to state bar. I agree with him that keeping predatory lawyers accountable isn’t a bad thing, but he also noted the many problems with these Democratic initiatives:

First, the undocumented never asked for these things. I’ve interviewed dozens of illegal immigrants over the years, and they always say they want three things and only three things from this country—a work permit, a driver’s license, and the ability to travel back and forth across borders to visit the families they left behind. The rest is just window dressing whipped up by politicians to serve their agendas, not those of immigrants.

Second, these kinds of legislative giveaways serve to legitimize unlawful behavior. It’s still a crime—correction, a civil infraction—to enter the United States illegally or overstay a visa and we shouldn’t be embarrassed about saying so. Every time we chip away at the infraction of trampling our borders—whether it’s by pressuring media companies to stop using the phrase “illegal immigrant,” or showering the undocumented with things they didn’t even ask for, we make it more socially acceptable to be an illegal immigrant.

How is that in the national interest? And what incentive does it provide others to come to this country legally? For that matter, what incentive does it give the undocumented to attempt to change their status if there ever is anything resembling comprehensive immigration reform? Why bother if, thanks to well-intentioned but misguided Democratic legislators in California, you’re already comfortable the way you are?

As Erika Johnsen wrote on Hot Air, California was nowhere near a balanced budget in early 2014. Moreover, we know immigrants come to America for work, not to vote. Nevertheless, it’s probably safe to assume that California Democrats want some political dividends from these initiatives. Yet, if there is no incentive to assimilate, apply for legal status, or become citizens–how will Democrats accomplish that end goal? Then again, let’s also not marginalize the fact that illegal immigrants have broken federal law. They may pay property, sales, and even income taxes in some cases through Tax Identification Numbers, but the point that Navarette makes about how this only diminishes the offense for folks who arrive illegally by “trampling our borders” is disconcerting in the extreme. One of the many functions of a nation is to protect its territorial integrity–and it seems Washington has moved sluggishly in defending that principle. And that goes for both parties. Nevertheless, save for the common sense provision that protects people from slimy lawyers, these proposals are just detached from reality.