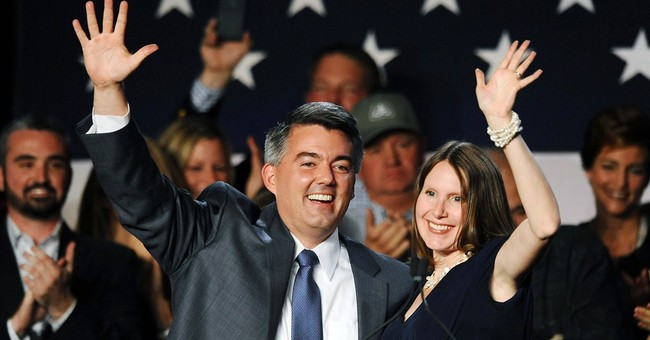 As Guy noted in his post-election analysis, November 4 was a “tsunami” election for the GOP. Republicans over-performed across the board picking up 7 Senate seats (so far), 2/3 of the governorships, and the largest House majority in 86 years. Oh, and the GOP controls the most state legislatures since 1920.

Pollsters were right that the GOP would retake the Senate, but most were wrong about wave predictions. Larry Sabato, Nate Cohn, and Sam Wang–to use as examples–all said the chances of a wave were either 50/50 or non-existent.

Cohn wrote back in July:

The anti-Democratic wave might still arrive. But with three and a half months to go until November’s elections, the promised Republican momentum has yet to materialize.

The race for the Senate, at least right now, is stable. There aren’t many polls asking whether voters would prefer Democrats or Republicans to control Congress, but the Democrats appear to maintain a slight edge among registered voters. Democratic incumbents in red Republican states, who would be all but doomed in a Republican wave, appear doggedly competitive in places where Mitt Romney won by as much as 24 points in 2012.

Cohn then moved the goalpost even further with this Nov. 1 piece. On a side note, Cohn has been good on detailing Democratic troubles in Texas and North Carolina.

The anti-Nostradamus in 2014 election predictions has to go to Sam Wang of the Princeton Election Consortium, who blasted Roll Call’s Stu Rothenberg’s prediction of a 7-seat GOP gain, as “so wrong it does not even deserve the word ‘wrong.’”

@QuiteColdNight Stu Rothenberg thinks GOP will pick up >7 Senate seats? That is so wrong it does not even deserve the word "wrong"

Well, as noted above, the Republicans had a great night; not only picking up 7 seats, but electing the youngest woman ever [Elise Stefanik] to Congress, the first female senators from Iowa and West Virginia, the first black Republican woman [Mia Love], and the first black senator [Tim Scott] from the South since Reconstruction.

So, why were the wave predictions for the GOP so off–or lacking confidence?

Back in July, the Atlantic’s Molly Ball pretty much predicted the 2014 midterms with her piece about the working class vote–and how the numbers scared the bejesus out of the AFL-CIO’s political director, who warned that 2014 could be “another Republican year in a powerful way:”

Republicans consistently win voters making $50,000 or more, approximately the U.S. median income. The margin doesn't vary too much: In 2012, Mitt Romney got 53 percent of this group's vote; in 2010, Republican House candidates got 55 percent. And Democrats consistently win voters making less than the median—but the margin varies widely. In fact, whether Democrats win these voters by a 10-point or a 20-point margin tells you who won every national election for the past decade.

So how does this year look for Democrats based on this metric? Podhorzer doesn't sound very optimistic. With a little more than 100 days until the election, Republican voters are more fired up than Democrats: In a new Pew survey released Thursday, 45 percent of Republican voters said they were unusually excited to vote this year, compared to 37 percent of Democratic supporters. Gridlock in Washington prevents Congress from doing anything to help those struggling economically, while giving Republicans more to blame Obama and Democrats for. Similarly, chaos around the world obscures Democrats' economic message while dragging down the president's image.

The Pew report didn't include a breakdown based on the $50,000 threshold, so I asked Pew to crunch the numbers for me. The result: 51 percent of voters making less than $50,000 plan to vote for Democrats, while 40 percent plan to vote Republican. (The rest are undecided, and the GOP wins the more-than-$50,000 vote 49-44.) That's exactly the same 11-point margin that has meant Democratic doom in every election since 2004.

Ball's piece noted that this indicator isn’t widely reported. Also, Democrats were oversampled; this is a typical criticism conservatives hurl at the world of polling, especially surveys from major networks. Nate Silver over at FiveThirtyEight mentioned that Democratic biases were present in 2014 gubernatorial and senate races. Pew Research Center also noted the bias, noting most polls underestimated the proportion of Republicans in those races.

Silver noted that polling in the Kentucky and Arkansas senate races constituted the worst offenders in terms of bias.

So moral of the story is that for as bad as PPP was, they mopped the floor with Rasmussen... again.

Yes, this makes polling look bad, but that’s not to say that polling is utterly worthless, although some of my colleagues say that it’s certainly heading in that direction. At the same time, those feelings can bubble up when your side gets shellacked in elections–Democrats in 2010 and 2014 and Republicans in 2008 and 2012.

Until someone comes up with something better, polling is the best way to gauge the political climate and elections.  You might have to cast a wider net, note the bias, and venture into enemy territory by reading polls that don't cater to your narrative. If you visit CNN, Public Policy Polling (left-leaning), and Daily Kos Elections, make sure to stop by Fox News and Ace of Spades Decision Desk.  Also, don't discount local polls as well.

It also never hurts to include sample sizes as well. For the best accuracy, a congressional race should include 350 people in the sample, a statewide race should have 600, and a nationwide poll should have at least 1,000.

Real Clear Politics takes all the polls currently out there, as does Ace of Spades, for a particular race and averages the differences. They do this very well. And, don’t forget about the economic cross tabs in polls, like the Pew poll, which predicted the powerful GOP year earlier this summer.

Polling has its biases; you just have to be aware of it, which is something I think conservatives forgot in 2012. Hence, the magnified shock in some Republican circles after that very somber and disastrous night two years ago.

In the end, most polls predicted a GOP-led Senate. And, as with anything in politics, some races broke late in the cycle like in Colorado, Iowa, and North Carolina.  Sometimes the clock runs out before you can release another assessment.