Digging Through Data: The 2014 Electorate and Republicans' Win 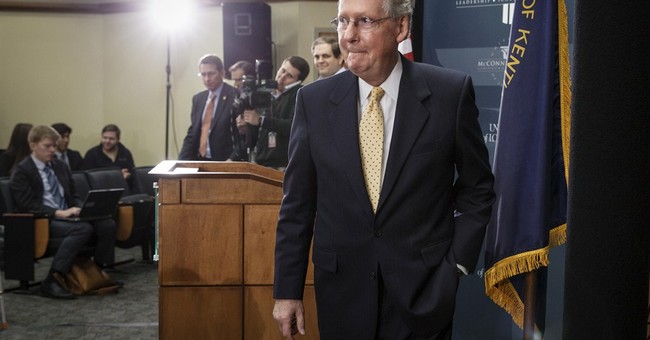 (2) Three-quarters of the electorate was white, with Republicans carrying the white vote by 22 points.  Black voters split (89/10) for Democrats, while Republicans closed the Latino gap a bit, winning 36 percent of that demographic (including 41 percent of Hispanic men).  After getting trounced among Asians in 2012, the GOP won a narrow majority of Asian voters this year.

(4) In addition to closing the 'ground game' gap, Republicans won the 'persuadables,' carrying independents by 12 points (54/42).

(5) Democrats won low-income voters handily, barely carried the working class, and got crushed among all other income groups, including the middle class.

(6) Catholics are a critical swing demographic.  Unsurprisingly, they swung to Republicans in 2014, by ten points.  Fully one-third of Jewish voters cast ballots for the GOP this year, up from 12 percent in 2006.  Perhaps this episode had something to do with that evolution.

(7) Two-thirds of voters said the country is on the wrong track.  Republicans won nearly 70 percent of this group.  A majority also agreed that government is "doing too much," almost 80 percent of whom voted red.  Fifty-nine percent described themselves as angry or dissatisfied with the Obama administration.

(8) Views on the two major parties ran roughly even, erasing a recent Democratic advantage.  Dems' favorable/unfavorable among 2014 voters was (43/55); for Republicans, it was (42/54).

(9) Current members of the military and veterans broke for Republicans by 20 points. 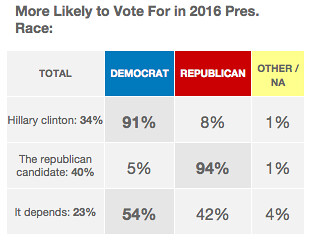