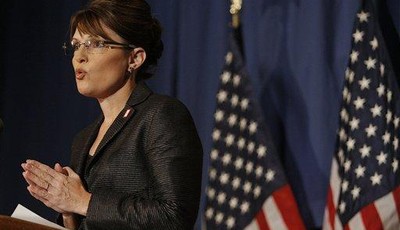 Yesterday, Bill Clinton had more good things to say about Sarah Palin.  From the NYT:

"I come from Arkansas. I get why she’s hot out there — why she’s doing well. You know, people look at her and they say — all those kids. Something happens in everybody’s family.”

Then he referred to the governor’s disclosure during the Republican National Convention that her daughter, Bristol Palin, 17, is pregnant and engaged now to Levi Johnston. “Glad she loves her daughter and she’s not ashamed of her,” Mr. Clinton said. “Glad that girl’s going around with her boyfriend. Glad they’re going to get married.”

Mr. Clinton saved a few good words for the snowmachine-racing stamina of Todd Palin, Ms. Palin’s husband. “Stayed in the race for 500 miles with a broken arm—my kind of guy,” he said.

'End of the Era'? What Is CNN's Don Lemon Going to Do Now?
Matt Vespa
Will There Be An Ethics Investigation After Eric Swalwell Blew Up at GOP Staffer?
Matt Vespa
Israeli Man Dead, Others Injured as Rockets Launch into Residential Communities
Landon Mion
Walmart, Costco Among Stores Dropping Mask Mandates for Vaccinated Customers
Landon Mion
Withdrawn Biden Cabinet Pick Will Be Involved in Administration After All
Rebecca Downs
Former Pastor Says Her Move to OnlyFans Has 'Made Her a Better Mom'
Landon Mion
CARTOONS | AF Branco
View Cartoon
Most Popular