A "President Thompson" Would Seek to Overturn Roe 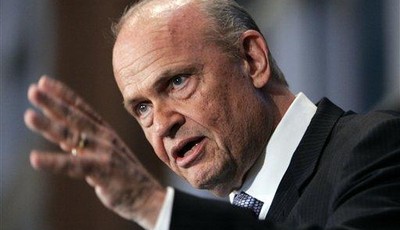 Just as the AP reported that, "Republicans rushing to embrace Fred Thompson's would-be presidential candidacy might have trouble figuring out what he would do if he actually won the White House," Fred Thompson today made a strong statement on his conservative positions.

“I don’t think that one state ought to be able to pass a law requiring gay marriage or allowing gay marriage and have another state be required to follow along,” Thompson told CNN’s John King in an interview Friday.