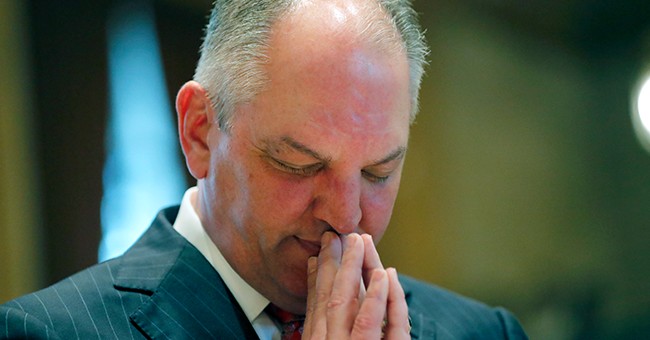 Louisiana Gov. John Bel Edwards has announced three days of fasting and prayer to ask God for respite from the COVID-19 pandemic.

Starting today, I am beginning three days of fasting and prayer for our state through July 22. The people of Louisiana need our prayers right now. #lagov #lalege pic.twitter.com/ScBKTjRqfM

In recent weeks, Louisiana has seen a spike in coronavirus cases with hospitalizations nearly tripling since mid-June, according to a local outlet. The situation forced Edwards to pause the state’s opening, extending Phase 2 for an additional 28 days. The governor designated Monday, July 20 through Wednesday, July 22 for the time of prayer and fasting, which will be held during the lunch hour. Edwards, a Catholic Democrat, welcomed Louisianans of all faith traditions to join him in taking part.

"I know it's a little bit unusual," he said. "This will be the spiritual diet and exercise that I, as a Catholic Christian, believe is very important anyway."

Edwards’s call is rooted in the biblical tradition of turning to God with prayer and fasting in times of hardship. One instance in the Old Testament recounts how the prophet Ezra “proclaimed a fast, so that we might humble ourselves before our God and ask him for a safe journey for us and our children, with all our possessions” before leading the Israelites through the wilderness to Jerusalem. Their prayers were answered: “We fasted and petitioned our God about this, and he answered our prayer.”

“God’s people have turned to fasting and prayer throughout their journeys of faith to remind themselves of their dependence on God, to focus on his grace and to seek deliverance during times of great trial and tribulation,” he said in a press release. “May our prayers include all those who have been stricken by the virus, those who care for them and those whose livelihoods have been threatened by this vile pandemic. May the Holy Spirit guide researchers and scientists in their search for a vaccine.”

“Governor Edwards has been very responsive to the requests of faith leaders in Louisiana, and has made his team available to respond to concerns and communicate through LFF,” the organization said in a statement. “We are grateful to be a bridge between the faith community and the decision makers in our government, and we ask that you join us, and pastors across our great state, for this prayer and fasting effort.”

Some on social media criticized Edwards for "violating" the separation of church and state doctrine and told the governor to “fast on your own time and leave us out of your religious practices.” But Edwards isn’t the only elected official to call for prayer. Arizona Gov. Doug Ducey dedicated April 10 to a day of “prayer and reflection” in light of the uncertainly of the COVID-19 pandemic, as did Alaska Gov. Mike Dunleavy.

Throughout history, people of many faiths have turned to prayer, fasting, and meditation in times of trials and uncertainty. As we enter Easter and Passover weekend, I’m proclaiming a day of prayer and reflection. May this weekend bring comfort and hope to all Arizonans. pic.twitter.com/wxfvxYwYE5

Most notably, as coronavirus concerns mounted and states began to lockdown, President Trump announced Sunday, March 15 as a National Day of Prayer. “We are a Country that, throughout our history, has looked to God for protection and strength in times like these,” he tweeted.

....No matter where you may be, I encourage you to turn towards prayer in an act of faith. Together, we will easily PREVAIL!

The United States has observed a National Day of Prayer on the first Thursday in May every year since it was created in 1952 by a joint resolution of the United States Congress and signed into law by President Harry Truman.