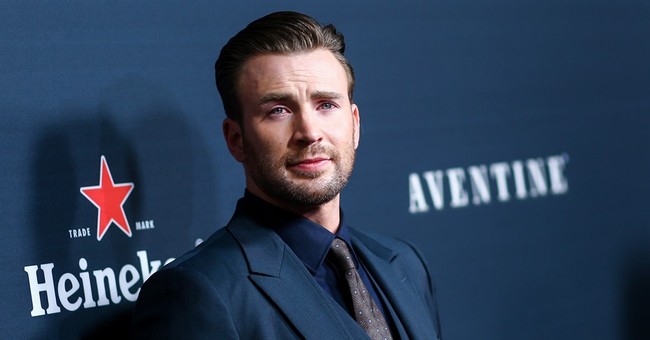 In a time of intense political polarization, media bias, and outright "fake news," one man has stepped in to offer clarity and balance: Captain America.

Actor Chris Evans, best known for his role as Steve Rogers in the Marvel superhero films, has launched A Starting Point, a website dedicated to creating a more informed electorate by cutting through the noise and bridging the gap between Americans and their elected officials. The site features short videos of politicians on both sides of the aisle explaining a host of topics including COVID-19, police reform, abortion, marijuana, healthcare, the Electoral College, and immigration without commentary, editing, or interruption.

“It was an idea I had in 2017 when I was watching the news and there was something I didn’t understand and I went to Google it and right away I was in the weeds,” Evans said in the website’s promotional video. “There was just this mountain of information to sift through and I thought, ‘What if there was a way that I could get not only concise questions to common answers but get the answers from the elected officials themselves?’”

The result was ASP, which made its debut on Tuesday. The site is made up of three components. Starting Points features an equal number of Republican and Democratic politicians each offering a quick answer to a common question, with links to outside resources for more information. Daily Points offers an open forum for elected officials to post a 60-second video on anything they want, any time they want. Finally, Counterpoints facilitates a connected, focused discussion of a policy issue between two elected officials, one from each party, in a chain of 60-second videos.

Congrats to @ChrisEvans, @MarkKassen, & the @ASP team on today’s #AStartingPoint launch! I’m proud to join in their effort to engage Americans from all walks of life on the most pressing issues facing our country.

Congrats to @ChrisEvans & the @ASP team on their launch today!

Excited to be a part of this project. Head over to their website & check out my Daily Point on state bailouts & making sure taxpayer $$ isn’t used to backfill bloated state budgets.https://t.co/Oqy1BMRZRZ https://t.co/FjwwFlM2Cs

Evans said it was initially difficult to convince politicians, especially Republicans, to trust him and sit down with him for the project. And no wonder—Evans has a long track-record of bashing Trump and conservatives. He campaigned for Hillary Clinton in 2016 and was a vocal ally of the #Resistance in the wake of President Trump’s election. In a 2017 tweet, he called Trump a “reckless moron” and told Esquire that Trump’s rise to the White House made him feel “rage” and “fury.” Just last year, he referred to the president as a “dumb s--t“ in an interview with the Hollywood Reporter.

"You don't want to alienate half your audience," Evans said of his outspoken views in 2019. "But I'd be disappointed in myself if I didn't speak up. Especially for fear of some monetary repercussion or career damage — that just feels really gross to me."

Since then, however, he has quieted down on social media, and in April he told Esquire that he would be taking his foot “off the gas” of social media until his new website was up and running.

Hollywood has a poor history when it comes to giving Republicans and conservatives a fair shake. But if Evans is sincere and steadfast in his mission to present unbiased policy explanations straight from officials’ mouths, he just might put the mainstream media out of a job.