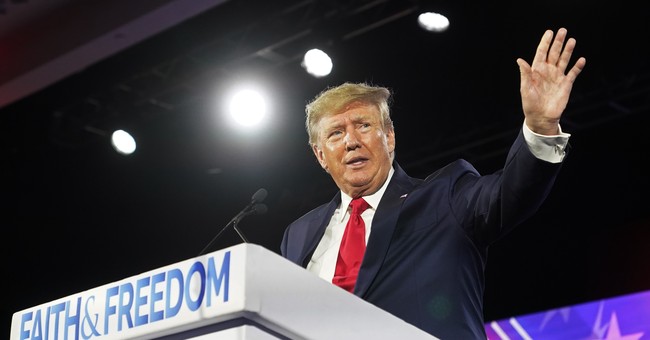 President Joe Biden won the state of New Hampshire by eight percentage points in the 2020 presidential election over former President Donald Trump. A new poll released this week asked New Hampshire Republicans if they would vote for Florida GOP Gov. Ron DeSantis or Trump if they ran against each other in the Republican primary in 2024.

The Hill noted that the difference between DeSantis and Trump is “insignificant” and within the margin of error.

The difference between the two is insignificant and within the poll’s margin of error, meaning they are effectively tied at the top.

But it’s a significant rise for DeSantis in the poll. In previous polling conducted by the university, DeSantis had been trailing behind Trump, receiving 19 percent support in July 2021 and 18 percent in October 2021. Trump, in contrast, had won 47 percent and 43 percent support, respectively, in those previous polls.

“Trump slipping in pre-primary polls is part of a typical pattern,” Director of the UNH Survey Center Andrew Smith said in a statement.

The poll surveyed 318 likely Republican primary voters in the 2024 election. It has a margin of sampling error of plus or minus 5.5 percentage points.

“DeSantis runs better against Biden than does Trump, a further sign of Trump’s weakening support among NH Republicans,” the poll write-up states. “Biden and Trump are increasingly unpopular in New Hampshire and only about half of members of each of their own parties want them to run for President in 2024.”