Report: Over 600,000 People Relocated From Three Democratic States During the Pandemic 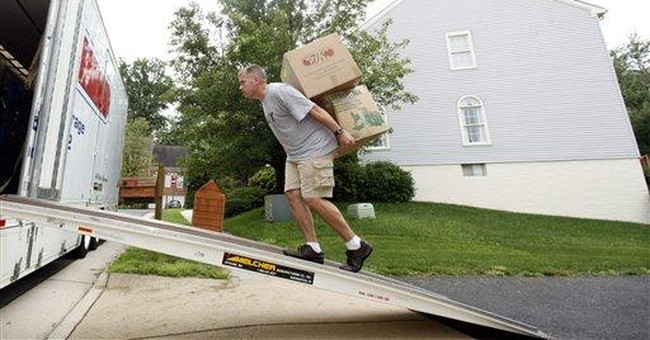 Census data released this week shows that more than 600,000 people have left New York and California for states with lower taxes, CNBC reported.

“More than 600,000 people leaving New York and California for lower-taxed states during the pandemic,” Frank said in the segment. “Now the biggest winners, not surprisingly, were Texas and Florida, which have of course no income taxes. Texas gaining 382,000. Florida adding 243,000.”

“Now people move for many reasons, lower housing prices, lower cost of living with remote work, their families may be there, but there is a continued shift from high tax to low tax states,” Frank stated in the segment.

Moving truck company U-Haul released a report this month that detailed which states were the highest for out-migration. Unsurprisingly, California and Illinois saw the greatest net losses for the second consecutive year. The report noted that U-Haul ran out of inventory

“We see a lot of growth coming from the East and West Coast,” said U-Haul Area District Vice President of the Dallas Fort-Worth Metroplex and West Texas Matt Merrill in the report. “A lot of people moving here from California (and) New York. We also see a lot of people coming in from the Chicago markets. I think that’s a lot due to the job growth – a lot of opportunity here. The cost of living here is much lower than those areas. Texas is open for business.”

U-Haul noted that Texas’ growth occurred statewide, with notable gains in the suburbs around Dallas and Fort Worth. Florida’s gains were widespread, with considerable growth south of Orland on both coastlines.

“Overall moving traffic across Texas increased in 2021, as it did in most states,” the report stated. “Arrivals of one-way U-Haul trucks jumped 19% while departures rose 18% over 2020. Arrivals made up 50.2% of all one-way U-Haul traffic last year in Texas.”