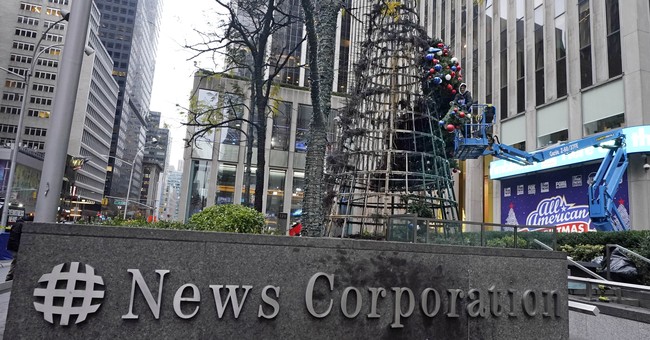 On Thursday, Fox News co-host Brain Kilmeade suggested that the arson attack on the network’s Christmas tree in New York City this week was a hate crime.

As Leah covered, suspect Craig Tamanaha allegedly set the 50-foot tree on fire Wednesday morning, destroying most of it and damaging other nearby trees. The tree reportedly had 10,000 glass ornaments and 100,000 lights. Tamanaha, who reportedly is homeless and has a drug problem, was released without bail this week, as Leah also covered.

Co-host Steve Doocy chimed in, explaining how under New York’s bail reform laws, an individual can only be charged with a felony in an arson case if the suspect tried to harm another person or commit a hate crime.

“But, it is,” Kilmeade responded. “Who says it’s not a hate crime against us? Against Fox News?”

Brian Kilmeade on the burning of the Fox Christmas tree: "Who says it's not a hate crime against us, against Fox News?" pic.twitter.com/DFm9qN6eXJ

Tamanaha, 49, reportedly has a series of offenses, including “low level arrests and drug arrests,” some of which are out-of-state. His motive for lighting the Fox News Christmas tree on fire remains unclear.

“Oh, he’s a nut. I can’t control him,” Tamanaha’s father, Richard Tamanaha, told the New York Post. “Mentally, he’s not all there.” He added that his son has a history of “destructive stunts.”