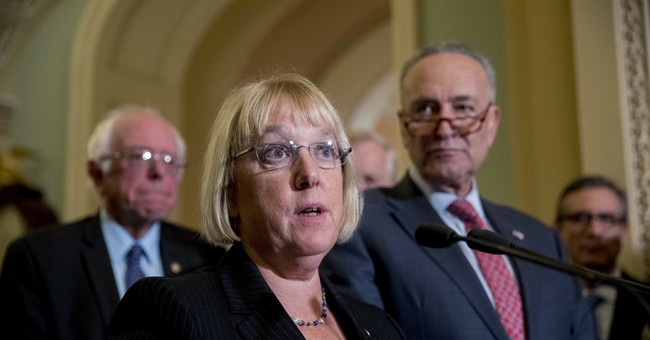 On Monday, Senate Democrats omitted the Hyde Amendment, a provision that prohibits taxpayer funding from covering abortion services, from a 2022 government funding bill, The Hill reported.

Another abortion-related provision, the Weldon Amendment, was omitted as well. The Weldon amendment prohibits entities that do not want to provide abortion care from being denied federal funding.

This year, Biden notably excluded the amendment from the 2022 budget. Hundreds of Members of Congress have called on the president to include the provision in the budget, and Sen. Joe Manchin (D-WV) described the Democrat’s reconciliation bill as “dead on arrival” without the Hyde Amendment.

In a statement, pro-abortion Sen. Patty Murray (D-WA) praised the exclusion of the “unjust” amendment from the bill, saying that it’s a “restriction for those who depend on Medicaid and other government-sponsored plans for their health care.”

“Right now, too many people can’t exercise their right to an abortion because of federal abortion coverage restrictions, or can’t afford the family planning services they need. That’s unfair and unjust — especially for women who have low incomes and people of color,” Murray said in the statement. “That’s why I’m proud our bill would finally do away with the Hyde and Weldon amendments, bringing us one step closer to ensuring the right to abortion isn’t just a right in name only.”