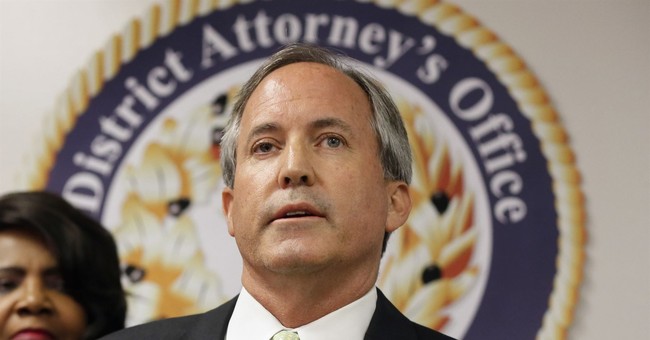 Texas will appeal a court order blocking the enforcement of S.B. 8, the newly-enacted law that prohibited abortion after fetal heartbeat detection.

As Rebecca covered, on Wednesday night, U.S. District Court Judge Robert Pitman, who was appointed by President Obama, blocked the enforcement of S.B. 8 after Attorney General Merrick Garland announced a lawsuit against Texas over the law last month.

Texas Attorney General Ken Paxton, a Republican, responded to the ruling on Twitter. He noted that he is already taking steps to appeal the decision to the Fifth Circuit Court of Appeals.

We disagree with the Court's decision and have already taken steps to immediately appeal it to the Fifth Circuit Court of Appeals.

The sanctity of human life is, and will always be, a top priority for me.

In a statement from the Department of Justice (DOJ), Garland said “Today’s ruling enjoining the Texas law is a victory for women in Texas and for the rule of law. It is the foremost responsibility of the Department of Justice to defend the Constitution. We will continue to protect constitutional rights against all who would seek to undermine them.”

In the ruling, Pitman described S.B. 8 as “flagrantly unconstitutional” and described the state’s process in creating the law a “scheme.”

“A person’s right under the Constitution to choose to obtain an abortion prior to fetal viability is well established. With full knowledge that depriving its citizens of this right by direct state action would be flagrantly unconstitutional, the State contrived an unprecedented and transparent statutory scheme whereby it created a private cause of action in which private citizens with no personal interest in or connection to a person seeking an abortion would be able to interfere with that right using the state’s judicial system, judges, and court officials. Rather than challenging the right to abortion via the appropriate process of judicial review, the State went so far as to draft the law in such a way as to attempt to preclude a review of the constitutionality of the statute by federal courts who have responsibility to safeguard the very rights the statute likely violates.”

“From the moment S.B. 8 went into effect, women have been unlawfully prevented from exercising control over their lives in ways that are protected by the Constitution,” Pitman concluded in his 113-page ruling. “[T]his Court will not sanction one more day of this offensive deprivation of such an important right.”