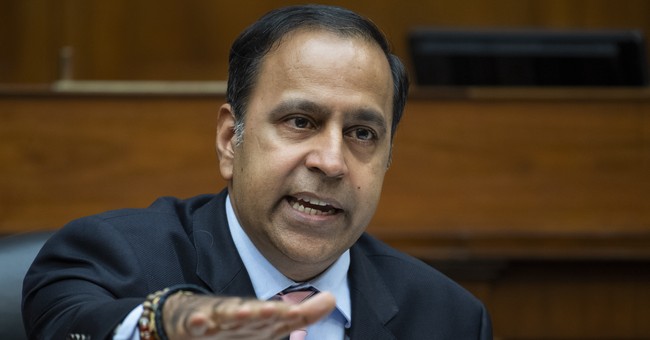 Democratic Chairman of the House Oversight Subcommittee on Economic and Consumer Policy, Rep. Raja Krishnamoorthi (D-IL), is requesting a slew of documents from Facebook concerning reports that the platform knowingly allows illicit activity and that top executives have knowledge of Instagram’s harmful effects on young users’ mental health.

In a lengthy letter released on Monday, Krishnamoorthi pressed Facebook CEO Mark Zuckerberg for documents surrounding the tech giant’s involvement in allowing sex trafficking content to be shared on the platform and called out Instagram’s plans to release an app geared toward kids, though internal documents show that the platform increases depression and suicidal ideation among teens.

“The Subcommittee on Economic and Consumer Policy is writing to request documents and information about concerning reports of Facebook’s apparent failure to protect the welfare of its users, particularly women and girls,” the letter opens. “I am concerned by reports that: (1) Facebook has allowed its platform to be used for human trafficking and other illegal activity; and (2) Facebook has known of and disregarded Instagram’s detrimental effects on the mental health of teen girls.”

The eight-page letter highlights reports published in an article by the Wall Street Journal that detail sex trafficking and other illicit content allowed to pervade the social media platform, though it goes against Facebook’s policies.

“According to internal documents obtained by the Wall Street Journal, Facebook employees reportedly raised concerns about the dangerous uses of its platforms in both the United States and in developing countries, but Facebook took little to no action to address them.

The documents reveal that Facebook and Instagram have allowed human traffickers in the Middle East to continue engaging in unscrupulous practices, including advertising the sale of women who are supplied to buyers under coercive terms, forcing them into ‘situations akin to slavery.’ A 2021 Facebook document reportedly cautioned that Facebook should use a “light touch with Arabic-language warnings about human trafficking so as not to ‘alienate buyers.’

While human exploitation and other abuses appear to occur both in the United States and abroad, Facebook allegedly ignores these problems in developing countries where Facebook is the primary mode of communication and source of news and where the platform is rapidly expanding. A former Facebook executive has alleged that Facebook treats the harms that occur in such countries ‘as simply the cost of doing business.’ It would be troubling if an American company attempted to pad its profits through rapid expansion in lower-income countries without instituting the same safety measures it employs here and in other wealthy nations.”

Other concerns, noted in the letter, include findings from internal documents at Instagram that show how the platform proves to be detrimental to the mental health of teen girls. In a separate report by the Wall Street Journal, the letter cites, Instagram began monitoring negative effects the app had on teen girls back as far back as 2019. The results found that Instagram “can compound damage to teens already suffering from body image issues” and “show a link between suicidal ideation and Instagram.”

According to the letter, Instagram still plans on unveiling a platform geared toward children under the age of 13, regardless of the fact that their own studies exemplify how the platform can be quite toxic for young people.

“I am deeply concerned by reports that Facebook has intentionally buried these internal studies while failing to fix the problem,” the letter reads. “At a time when Facebook needs to do more to protect Instagram’s teen users, it is simply irresponsible to expand the platform to our most vulnerable – children under the age of 13.”

The letter concludes with requests for numerous documents including “[a]ll documents and communications regarding suspected or actual human trafficking on Facebook or Instagram” and “[a]ll documents, including research, studies, reports, and analyses, on Instagram and mental health, including on body image issues, ‘negative social comparison,’ depression, addiction, and suicidal ideation.”