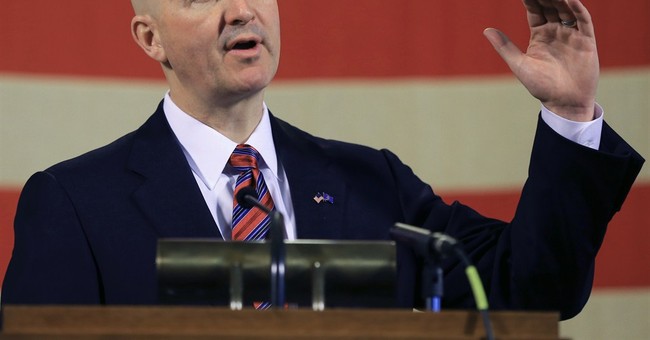 On “Fox News Sunday” with Chris Wallace, Ricketts appeared in a 10-minute segment where they discussed Biden’s vaccine mandates as part of his “Path Out of the Pandemic” plan. Ricketts criticized Biden’s approach to mandate vaccines, responded to his recent comments attacking GOP governors against vaccine mandates, and highlighted the successes Nebraska has had in combating COVID-19 through methods other than mandating vaccines.

“It should be a personal healthcare choice. This is not something that the government should mandate. And somebody shouldn’t have to make the choice between keeping their job and getting a jab in the arm,” Ricketts said at the beginning of the interview. “I’ve talked to a number of people who have told me, ‘if they make me take the vaccine, I’m just going to be fired.’”

Throughout the interview, Wallace repeatedly pressed Ricketts about why school students in Nebraska have to be vaccinated against measles, mumps and rubella, polio, and other illnesses but have reservations about Biden mandating the COVID-19 vaccine. Ricketts noted that the ailments students are required to be vaccinated against have a “long history” where parents have been able to see how the vaccines have been implemented and have had time to garner a sense of trust in those vaccines.

“There’s still a lot of people out there who don’t know what to trust. And in fact, this is really an outcome of what the CDC has done because they’ve flip-flopped on so many issues – whether it’s masks, whether you have to mask, whether you have to be vaccinated and so forth – there’s just a lot of people out there who don’t know who to trust right now,” Ricketts added. “By having the government force it on you – you’re not building the trust – where we have the trust with those other vaccines – this is a process that’s going to take time to bring people along. That’s why it should be a personal choice and not something that’s mandated by the government.”

Wallace followed up by playing a clip of Biden attacking Republican governors who are opposed to vaccine mandates, saying he is “disappointed” they are being “cavalier” about the health of kids. Ricketts' response was simple. He explained that rather than mandating vaccines, masks, or vaccine passports, the state has focused on maintaining hospital capacity, which they’ve done successfully. Nebraska currently has the third lowest mortality rate in the country for people who’ve contracted COVID-19.

“Let’s keep the objective in mind, which is to be able to provide healthcare – which we’ve successfully done here in Nebraska by protecting our hospital capacity and not have the heavy hand of government come in and tell people what do to,” Ricketts said in the interview.

“Last year in Nebraska, if you were age 10-19, you were 26 times more likely to die in a car accident than you were of COVID-19,” Ricketts added, refuting the president’s claim that Republican governors like him are endangering kids.“The president should look at the data, and maybe the president should attend one of the weekly calls his administration has with all of the governors. He’s not been on one yet since he’s been president. And maybe talk to some of the governors and ask them about what’s been going on in their state, because he appears to be pretty ignorant of what’s going on in places like Nebraska.”

Ricketts was one of many Republican governors last week who came out against Biden’s vaccine mandates, one of which would require companies with 100 or more employees to mandate vaccines for their employees. As we reported, Ricketts said “Nebraska will push back, fight back with any tool we can find against this huge and stunning overreach of federal power."