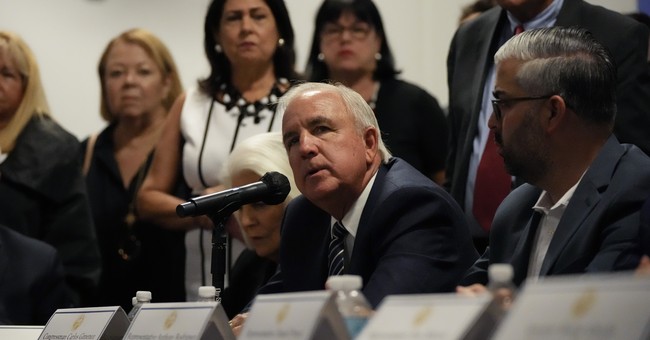 On Tuesday, the Republican National Committee (RNC) released the sixth installment of their "Real America" podcast, featuring Congressman Carlos Gimenez (R-FL), where he discussed his experience fleeing from communist Cuba, Big Tech censorship, the border crisis, and how Hispanic Americans are turning towards the Republican Party.

In the podcast, hosted by the RNC Chairwoman Ronna McDaniel, Gimenez and McDaniel kicked things off with Gimenez’s origin story, emphasizing his upbringing and escape from Cuba. McDaniel noted that Gimenez’s election into Congress is “timely” given the way the Democrats are becoming “more socialist” and “more communist,” while many Dems have no firsthand experience living under that sort of government. McDaniel then asked Gimenez what “warning signs” he might be seeing from the Democratic party that other Americans who didn’t grow up around socialism may not be aware of.

“I think the first thing that really concerns me is this whole thing of tech censorship. Now that the president is saying that they want tech companies to censor certain information – where the government is actually being involved in censorship – is really, really dangerous,” Gimenez answered. “It’s under the guise of ‘misinformation.’ And so, who’s the arbiter of ‘misinformation?’ Who decides what’s true and what’s not true? And I think it’s actually an insult to the American people.”

Gimenez explained how Cuba does not have “freedom of speech” or “freedom of the press,” and how sparking any kind of debate that is critical of the government can land a citizen in hot water – the opposite of what America should be.

“It [socialism] leads to one ideology – one party – having all the power,” Gimenez said. “It leads to a shutdown of debate. Look, America is built on freedom. Freedom of speech, freedom of religion, all freedoms. We need to have that.”

Another topic of discussion was immigration, as Gimenez and McDaniel discussed President Biden’s and former President Trump’s immigration policies around the ongoing border crisis.“We need to shut down our border. We need to protect our southern border,” Gimenez said.“We have a right as a nation, as a sovereign nation, to guard our borders. Just like any other nation.”

The subject of immigration quickly transitioned to how the Democratic Party assumes Americans of Hispanic origin should align with their ideology, though Gimenez explained that is not the case in his district that swayed heavily between the 2016 and 2020 elections.

“I think the immgration issue, staying alive, they [Democrats] think it works for them. I think it’s going to backfire on them. They think that somehow all Hispanics, somehow, are going to be Democrats in the end, and then they got a rude awakening in my district,” Gimenez said. “They won that district by 16 points in 2016 and they lost it by 5 in 2020 - that's a 21 point swing. I attribute that to a lot of it to the defunding the police, the socialism aspect,what was going on in Venezuela and now what's going on in Cuba, they’re being very weak on that. That’s where I attribute most of that. They liked President Trump's way that he stood up to the folks.”

McDaniel wrapped things up by discussing liberal agendas being pushed by the current presidential administration that Gimenez is working against in Congress.

“The reason I ran [for Congress] is I don’t want my children or grandchildren to have to go through what I did,” Gimenez said. “I’ve got to fight for them right now. Right here, right now.”

Watch the full podcast below.