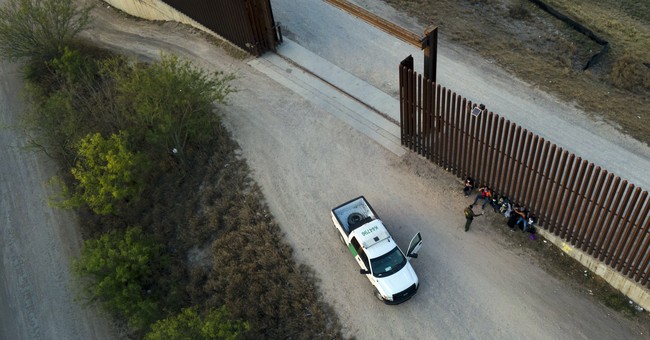 As the COVID-19 delta variant spreads, several members of the GOP Doctors Caucus penned a letter to the Department of Homeland Security (DHS) urging the department to implement COVID-19 testing for migrants before granting them access into the United States.

The letter, which was addressed to Alejandro Mayorkas, the secretary of the DHS, was posted by Rep. Brad Wenstrup (R-OH) on Twitter on Sunday. The letter, which is dated July 30, opened with Chief U.S. Customs and Border Patrol Agent Brian Hastings’ report that CBP surpassed the 1 million mark in migrant apprehensions this year.

“When Americans consider the skyrocketing number of migrant apprehensions, many have rightfully expressed concern about the public health risk posed by thousands of migrants flooding across our borders every week without being tested for COVID-19. As an active group of physicians and health professionals, we certainly share this concern,” the letter states. “Moreover, we are deeply disturbed about the lack of transparency coming from the Biden Administration. Americans deserve to know whether migrants are being tested for COVID-19 at the border, and if they are not, why on Earth would this be the case?”

Recently, I joined my @GOPDoctors colleagues to demand the Department of Homeland Security tests migrants for COVID-19, and get more clarity about what they’re actually doing to prevent COVID-19 at the border. pic.twitter.com/S1ei4Dh4i4

“On July 3, 2021, retired Acting Immigration and Customs Enforcement (ICE) Director Tom Homan stated, ‘We know that 98 percent of the people coming across the border into Texas, don’t stay in Texas. They’re being spread all through the United States,’” the letter states. “This account underscores the importance of testing all migrants who enter the United States as the movement of untested illegal immigrants around the country demonstrates a serious public health risk to our nation.”

The letter concludes with several requests for Mayorkas to provide immediate answers regarding the percentage of migrants granted entrance into the United States without a COVID-19 test, the percentage of migrants being tested immediately at the border, and why there is no requirement in place for migrants to present a proof of a negative COVID-19 test before entering the country.

“COVID-19 is not going anywhere anytime soon, yet we have seen no meaningful or good faith effort from this Administration or the Department of Homeland Security to (DHS) to prioritize public safety,” the letter stated.