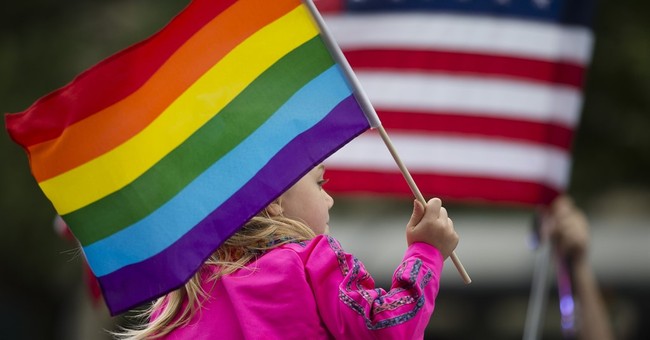 On Friday, online health news and information publisher WebMD spotlighted a report published by the American Medical Association (AMA) in June that called for the removal of sex as a legal designation on the public portion of birth certificates, prompting politicians, news commentators and other public figures to react to the news.

WebMD drew attention to the AMA’s report in a tweet, shared on Friday, that linked to an article on the organization’s website that described the contents of the report. Among them was the issue at hand: eliminating sex from public birth records and reserving it for statistical and medical use only.

Sex should be removed as a legal designation on the public part of birth certificates, the American Medical Association (AMA) said Monday. https://t.co/U9w38qvwtV pic.twitter.com/NeIPafpv3T

“Our American Medical Association advocate for the removal of sex as a legal designation on the public portion of the birth certificate and that it be visible for medical and statistical use only,” the report states. “Gender is a social construct that describes the way persons self-identify or express themselves. A person’s gender identity may not always be exclusively male or female and may not always correspond with their sex assigned at birth.”

Needless to say, WebMD’s tweet prompted a slew of passionate responses from a variety of public figures. Many users, including former Governor of South Carolina and former U.S. Ambassador to the United Nations Nikki Haley, weighed in. Haley described it as “the most ridiculous thing I have ever heard.” And like Haley, many users criticized the report, describing the biological differences between men and women vital for many reasons, especially when treating illnesses specific to each sex and citing the AMA's overall rejection of science.

This is literally the most ridiculous thing I have ever heard. Stop the madness! https://t.co/tgTpwicKCy

How will medical professionals know how to properly treat someone given that their biological differences might require a particular approach?

This is literally a propaganda take over of truth. If there were more than 2 genders at human birth, nature would also have multiple genders in all animals. That’s literally never happened. All of nature is male or female gender. Truth: It’s a (rare) human psychology issue.

Another once-trusted institution has lost its mind. https://t.co/p3wMqosnjq

If we’re abandoning biological reality, why have birth certificates at all? Wouldn’t writing down a date-of-birth invalidate “the medical spectrum of age identity” for middle-aged persons who identify as 12 year-olds?

Remember this when they tell you to trust experts https://t.co/vn5LzXQEqH

Science is out and activism is in

Nothing will undermine public trust in health advice more than activist medics. https://t.co/HVwGdZEmYI

The lunatics are running the asylum. https://t.co/7MdOaNMIbT

"Assigning sex using binary variables in the public portion of the birth certificate fails to recognize the medical spectrum of gender identity.” Literal nonsense. Gender identity is a made-up concept with no scientific or medical substance. https://t.co/NyjlEqeOZ0

To benefit who? And in the service of what? Who gains if biological reality is erased from birth certificates, & who loses? And what is gained & lost? This is the most serious assault on women’s dignity & autonomy I have ever seen in my life. @AmerMedicalAssn https://t.co/F5lRn3zQfM