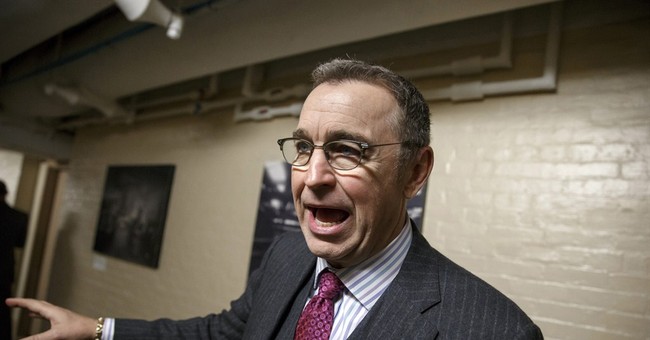 Lummis’ endorsement of Salmon comes just over one month after Salmon announced his candidacy for governor. Previously, Salmon served in the Arizona Senate from 1991-1995 and in the House of Representatives representing Arizona’s fifth congressional district from 1995-2001 and again from 2013-2017.

“Matt has a proven conservative record, plain and simple,” Lummis said. “He is committed to more freedom and more opportunity. He is the ideal candidate to be Arizona's next governor.”

Salmon’s platforms, similar to Lummis’, display a catalog of strong conservative ideals; pro-life, pro-Second Amendment, and a proponent for cutting government spending. But, one issue at the forefront of Salmon’s campaign is border security, as Arizona accounts for about 370 miles of U.S.-Mexico border and plays a key role in alleviating the border crisis.

“Matt will protect Arizonans, first and foremost, by being tough on the border. And he will defend the state from the radical left and the dangerous policies they espouse,” Lummis said. “Arizona needs Matt Salmon as its next governor in order to build on its strong foundation and remain a dynamic and growing state,” Lummis said.

Salmon and Lummis’ professional relationship stems back to when both lawmakers served in the House Freedom Caucus, a congressional caucus consisting of Republican members. Both Lummis and Salmon were founding members of the caucus, which began in 2015.

“Cynthia is a fiscal hawk and someone conservatives can rely on to protect their bottom line,” Salmon said. “She's a leading conservative voice in Congress who is fighting day in and day out for the values that are so critical to a free and prosperous country. I had the privilege of serving on the conservative House Freedom Caucus with her and am proud to call her my friend and to have earned her support in my campaign for governor.”

With current Gov. Doug Ducey (R) leaving office next go-around due to term limits, the race for Arizona’s next governor is well underway as several candidates on both sides of the political aisle have announced their candidacy.