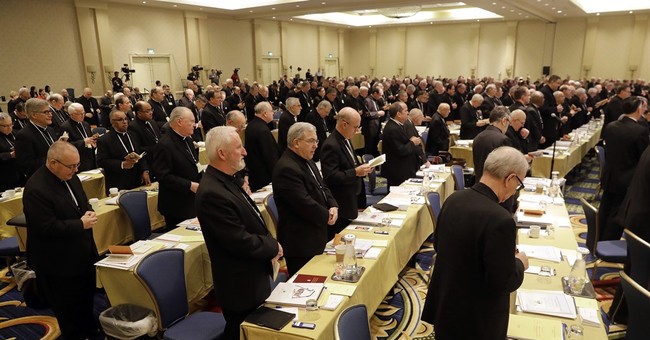 The USCCB’s statement comes as response to the omission of two key pieces of bipartisan pro-life legislation from the bill: the Hyde Amendment and the Weldon Amendment. The Hyde Amendment, which is described as “discriminatory” in the committee’s press release, protects taxpayer dollars from funding abortions. The Weldon Amendment, which protects organizations to deny access and referrals to abortion services, is also excluded from the bill. The USCCB’s statement urges the committee to revisit the draft and reinstate these amendments.

“The bill eliminates the Hyde and Weldon amendments, long-standing discriminatory policy which denied low-income women their legal right to an abortion,” the press release from the House Committee on Appropriations states.

“This is the most extreme pro-abortion appropriations bill that we have seen, effectively mandating healthcare professionals to participate in abortion, and forcing American citizens to pay for abortion with their tax dollars,” the statement reads. “Abortion is not healthcare nor a ‘human service’ to anyone.  Rather, abortion is inhumane. It is a painful death to an innocent baby, and often leaves women physically harmed and emotionally devastated.”

This is not the first time in recent months the Hyde Amendment and other pieces of pro-life legislation have been under attack. Recently, in the 2022 spending budget, President Biden excluded the Hyde Amendment, though it had historically been enacted for over 40 years under every president since the Carter administration. As a result, over 170 lawmakers penned a letter to President Biden urging him to revisit the 2022 budget and include the Hyde Amendment. Biden himself supported the legislation as recent as 2019, shortly before announcing his bid for the presidency. His stance since then has clearly shifted and is exemplifying as his presidency progresses.

Additionally, abortion has seemingly put lawmakers in the line of fire by the USCCB. Last month, the USCCB announced that they will convene to draft a statement regarding who can receive the sacrament of Holy Communion at Mass, possibly excluding pro-choice lawmakers from receiving the sacrament. Abortion is noted on the USCCB’s website as a direct violation of the Catholic church’s pro-life dogma. However, Biden’s Washington, D.C. parish has issued a statement that they will not refuse communion to anyone wishing to receive it.

“We implore the House Committee on Appropriations to reverse course on these bills that currently expand taxpayer funding of abortion, and to restore the longstanding, bipartisan Hyde provisions and Weldon Amendment that have saved millions of lives and protected conscience rights,” the USCCB statement reads. “These bills include many other provisions and funding for critically-needed services that we support. Americans’ tax dollars should be used for the common good and welfare of all, not to finance abortion or force Americans to violate deeply-held beliefs.”

And, to further double down on the dissent on the exclusion of pro-life amendments from the LHHS’ bill, the USCCB statement asks pro-life advocates to sign a petition sponsored by the Committee on Pro-Life Activities at NoTaxPayerAbortion.com. The petition will be sent to members of Congress and their staff, urging them to reinstate pro-life legislation in the bill.

“We ask all Catholics and all people of good will to contact their legislators and make their voices heard,” the statement concludes. “The lives of millions of vulnerable children, and the well-being of their mothers, depend on our advocacy.”