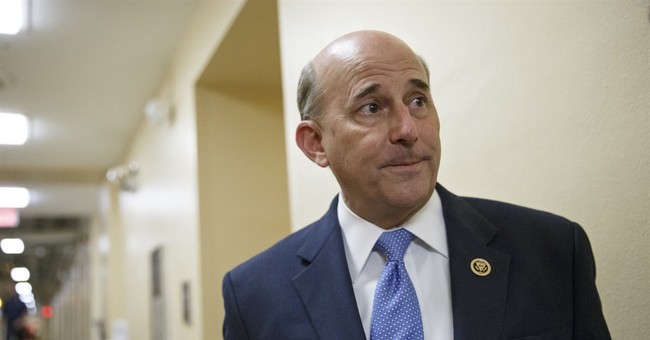 In a House Committee on Natural Resources hearing on Tuesday, Rep. Louie Gohmert (R-TX) inquired if the U.S. Forest Service or Bureau of Land Management (BLM) can alter the orbit of Earth or the Moon in an effort to combat climate change.

Gohmert was speaking on a video call with Jennifer Eberlein, a representative from the U.S. Department of Agriculture, to discuss climate change and other environmental issues when he popped a burning question (no pun intended).

“I understand from what’s been testified to the Forest Service and the BLM, you want very much to work on the issue of climate change. I was informed by the media past director of NASA that they’ve found that the moon’s orbit is changing slightly and so is the Earth’s orbit around the sun. We know there’s been significant solar flare activity, and so, is there anything that the National Forest Service or BLM can do to change the course of the moon’s orbit or the Earth’s orbit around the sun? Obviously, that would have profound effects on our climate.”

Not to anyone’s surprise, several Twitter users took time to react to the question:

During a House Natural Resources hearing on combatting #climatechange, Louie Gohmert asked: “Is there anything that the National Forest Service or BLM (Bureau of Land Mgmt) can do to change the course of the moon’s orbit or the Earth’s orbit?”??@NRDems pic.twitter.com/tL6CCNpesM

This Congressman is seriously asking whether Forest Service or Bureau of Land Management can change the moon’s (or earth’s) orbit?

I gotta say I have never pondered whether the US Forest Service or the Bureau of Land Management can affect the rotation of the moon or Earth https://t.co/SOszxftrG7

This isn’t the first time in recent months that Gohmert has cited the Moon and Earth’s orbits in regards to climate change. Last month, in an interview with Fox Business, Gohmert mentioned the same tidbit, this time in regards to immigration at our southern border.

Whether or not the Moon or Earth's orbit is the solution to climate change, we know this is definitely on his mind.

ORBITS: Rep. Louie Gohmert (R-TX) asks whether the Forest Service or the BLM can alter the orbit of the moon or the Earth in order to fight climate change during a House Natural Resources hearing pic.twitter.com/yYiOyi2cMZ