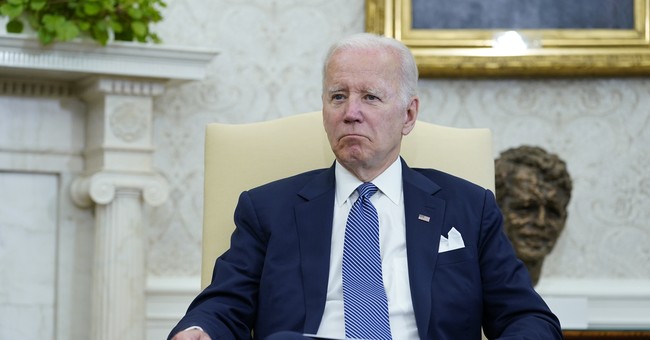 President Biden’s approval rating has cratered over the last year in general, but he’s lost a stunning amount of support from one demographic in particular: Asian-Americans.

According to a July Pew survey, 55 percent of Asian-American adults either strongly or somewhat disapprove of Biden’s performance on the job, while 44 percent somewhat or strongly approved.

These numbers represent a nearly 30-point drop from his support among Asian-Americans in April 2021, when Pew found 72 percent of Asian-Americans approved of the president’s job performance.

While majorities across all age groups disapprove of Biden’s job performance, his approval rating is 10 points lower among adults under 30 (31%) than among those 65 and older (41%). (Pew)

Asian-American voters made up only 4 percent of the electorate in 2020, but they are the fastest growing racial or ethnic group in America, according to Pew, with the Asian population growing 81 percent between 2000 and 2019.

"Joe Biden's radical agenda has made everything worse for the AAPI community," said RNC Spokesperson and Director of APA Media Nainoa Johsens. "Polling shows that in 100 days, Asian Americans will leave Democrats behind at the ballot box."