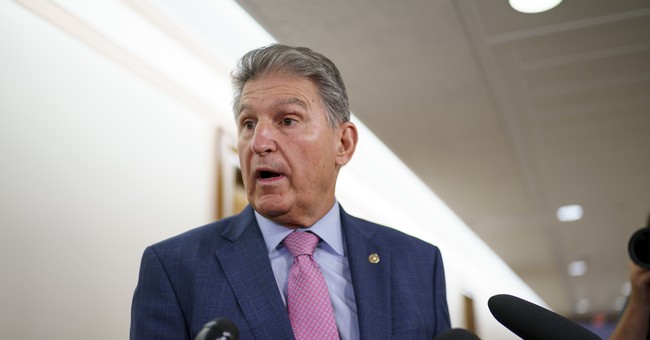 “I'm endorsing my dear friend Lisa Murkowski,” Manchin said during a joint-interview with Murkowski on CNN’s “State of the Union.”

“Alaska could only be so lucky to have her continue to serve them,” he added.

CNN’s Jake Tapper pointed out that this isn’t the first time the Democrat has crossed party lines to support a GOP colleague in an election.

“If these are good people I have worked with, we have accomplished a lot, why in the world wouldn't I want to work with them and continue to work with them? It doesn't matter whether I'm a Democrat and they're Republican, or vice versa. They have been my dear friends, and we get a lot accomplished. And we — I think the country has fared better with us working together than not,” Manchin said.

He called it “hypocritical” to be against a colleague during an election cycle just because “they have an R or a D by their name.”

The Republican senator, who is being challenged by former Alaska Commissioner of Administration Kelly Tshibaka, said she too will endorse the West Virginia Democrat if he runs for reelection in 2024.

Lisa Murkowski returns the favor, tells Joe Manchin that she'll endorse him in his next race. pic.twitter.com/BUuq1S3oWB

Later, while replaying the clip of Manchin endorsing Murkowski, CNN mistakenly referred to the Democrat as a Republican in the chyron.