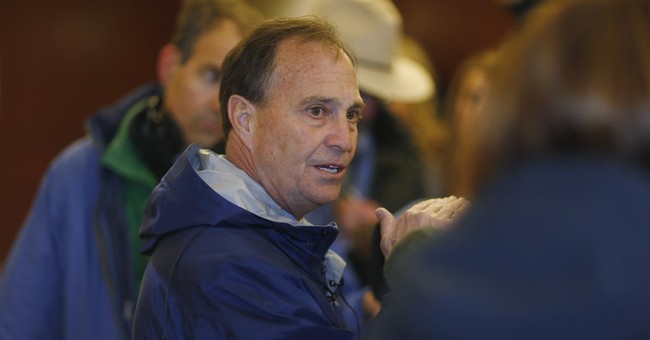 Another House Democrat announced his retirement from Congress on Monday, the 26th Democrat leaving ahead of the 2022 midterm elections.

“After much thought and consideration, I have decided not to run for reelection,” said Colorado Rep. Ed Perlmutter. “I have loved representing my friends, neighbors and fellow Coloradans in the Congress of the United States of America. I will miss meeting the voters of the new 7th District – it is truly the most beautiful district in America. It’s got the best of Colorado in it and even though the numbers are slightly tighter we will win.”

The eight-term congressman said that while he has “never shied away from a challenge…it’s time for me to move on and explore other opportunities.”

“There comes a time when you pass the torch to the next generation of leaders. I’m deeply gratified that our bench in the 7th District is deep and fortunately we have a strong group of leaders who are ready and able to take up that torch,” he added.

The announcement comes after redistricting in Colorado, which “cut the 7th District from a 15-point Democratic lean to just 6 points,” The Hill reports, according to FiveThirtyEight’s tracker of redistricting in every state.

“I have had the privilege of serving my community for 25 years in some elected capacity and it has been an honor of a lifetime,” Perlmutter said.

After much thought and consideration, I have decided not to run for reelection. It’s been a privilege and honor of a lifetime to serve Colorado, the state I love and have always called home. pic.twitter.com/42vwPpN3cQ