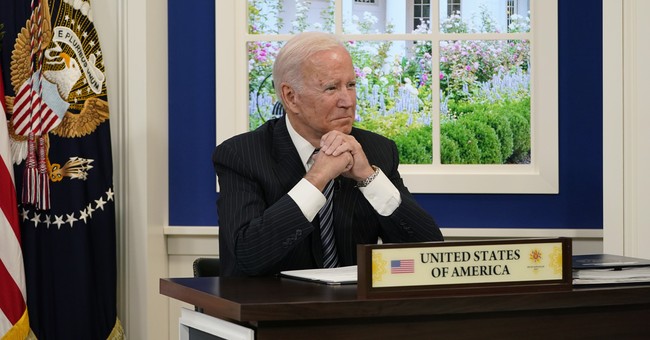 Liberal outlets are sounding the alarm about President Biden’s ability to succeed, not only delivering on all that he promised on the campaign trail and in the months soon after taking office, but at the ballot box, too. With less than a year until the midterm elections, “the cold reality for Biden is that his presidency is on the brink of failure,” writes Jonathan Chait for New York magazine.

On his dismal polling numbers, there’s no indication he will make a rebound, either. Indeed, Biden's “like a patient wasting away from some undiagnosable disease," Chait said.

Not only are these descriptions of Biden’s presidency coming from the left, they were highlighted Monday by Politico in a Playbook headlined “the case for why Biden is screwed.”

According to Chait, Biden hasn’t abandoned his moderate roots. Instead, “he found himself trapped … between a well-funded left wing that has poisoned the party’s image with many of its former supporters and centrists unable to conceive of their job in any terms save as valets for the business elite. Biden’s party has not veered too far left or too far right so much as it has simply come apart.”

Chait argues that these two sides have crippled Biden’s image as a centrist. The left, which Biden successfully tamed and defeated in the 2020 primaries, has reemerged to saddle Biden with unpopular cultural baggage on issues like crime, immigration and race, pushing away working-class voters (mostly white ones, but increasingly non-white as well). On the other side, the plutocrats in Congress have defined centrism as opposition to major pieces of Biden’s reconciliation bill, no matter the details. (Politico Playbook)

If the election were this fall, Chait warns, "Biden would enter the contest as the decided underdog against Trump."